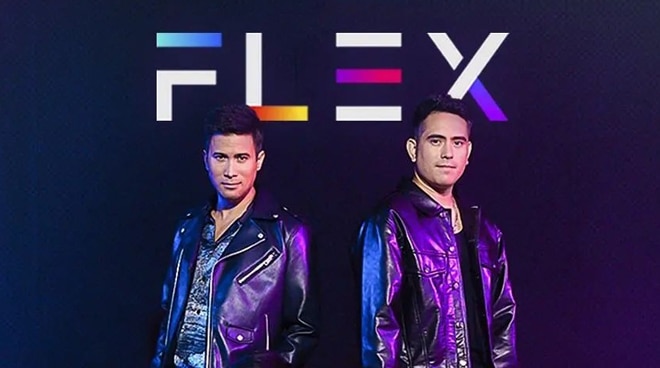 Currently starring in the primetime drama series A Family Affair where they play the role of brothers Paco and Dave Estrella respectively, Gerald Anderson and Sam Milby share the limelight once again as the newest cover boys of Star Magic’s video magazine Flex which will be available this week.

READ: Gerald Anderson goes on vacation with his father in Hawaii

During the Flex online media conference last October 25, Gerald revealed what his biggest flex in life is at the moment.

“But one of my biggest flexes are overcoming challenges and becoming a better person sa lahat ng pinagdaanan ko. My happiness and my situation in life na parang at the age of 33 parang nandun pa rin yung motivation ko to achieve more but I’m also content in a way na I acknowledge kung ano yung mga na-achieve ko but there’s more to come. And I’m happy with my personal happiness.

“There are things I also want to accomplish outside of showbiz. So yung biggest flex ko is yung sitwasyon ko, just me right now being happy, being content, but also still wanting to achieve more,” he admitted.

Sam Milby highlighted his almost three-year relationship with beauty queen Catriona Gray and his enduring acting career as his biggest flex in life.

“I’m 38 now and I’m very content with obviously, I’m happy in love with Cat and I’ve been so blessed after 16 years sa business, and still having work. Matatapos na yung A Family Affair and it’s been such a big blessing kahit sa lahat ng pinagdaanan. It’s the growth that you go through. Kasi if wala kang pagsubok na pinagdadaanan, you have no growth. So it’s knowing and accepting na the mistakes that you made and growing from them and always being humble and seeking out and wanting to keep growing. That’s what I want to do. I want to keep growing. Kahit 60s, 70s na ako, you’re never going to stop growing. I’m really content with my life right now. I’m happy,” he shared.