For her lead role in ‘The Housemaid’, Kylie Verzosa will be awarded Best Actress at Dubai’s Distinctive International Arab Festivals Awards 2022. 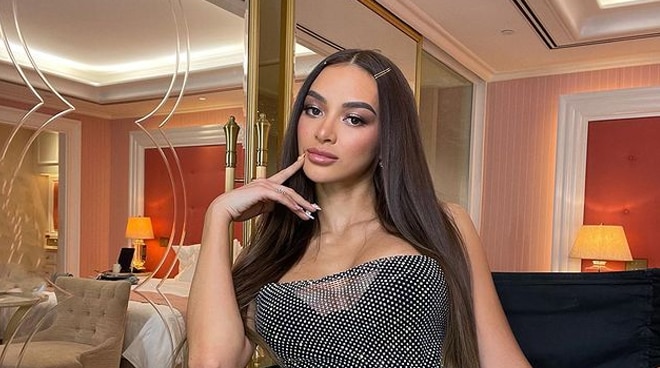 Kylie Verzosa was recently recognized for her acting prowess in the move The Housemaid.

“Kylie will be awarded for her outstanding role in the remake of the iconic 2010 South Korean thriller The Housemaid which was a huge hit in the Philippines,” announced Viva Artists Agency in their social media post. The original film was headlined by Squid Game’s Lee Jung-Jae, Business Proposal’s Seo Woo, and Minari’s Youn Yuh-Jung.

In the movie, Kylie played the role of Daisy, the housemaid who ended up in a relationship with the father of the girl she was taking care of.

“Shot this movie 2 years ago, but it still has a special place in my heart,” said Kylie. “They say that good work drains you. Daisy did just that to me.”

This was Kylie’s first time to play the lead, but since she did the movie over the pandemic, Kylie didn’t really get to share the experience of watching herself play the lead role with others.

“I remember watching the movie alone at home during the pandemic, how I wanted to celebrate with my family and friends,” recalled Kylie. “Dubai was the only place the movie could premiere because of the pandemic, but it was made for an international theatrical release.”

Kylie admitted that she was quite hesitant when she first offered to play the lead.

“I was hesitant of accepting this Cannes Film Festival piece at first for my first lead film because it was such big shoes to fill and so out of character for me,” shared Kylie. “But I’m a sucker for good material and always up for a challenge.”

READ: Kylie Verzosa in photo shoot for ‘The Housemaid’

For her first lead role, the beauty queen-turned-actress will soon receive the Best Actress Award at Dubai's Distinctive International Arab Festivals Awards 2022 (DIAFA 2022) which will be held on November 4 at the Dubai Creek Harbour Marina, United Arab Emirates.

According to her management, "DIAFA is an annual unique and prestigious red carpet & awards ceremony which honors distinguished personalities from both the Arab and International world, in recognition of their annual achievements and contributions towards committees and society’s betterment."

Kylie thanked her management for their trust in her abilities. She also extended her gratitude to her fellow Filipinos abroad.

“I want to thank the Filipino community in Dubai for rallying for me at the DIAFAs,” said Kylie.

“This achievement is dedicated to all the hardworking Filipinos especially in UAE and the Middle East,” she added. “This is for you.”