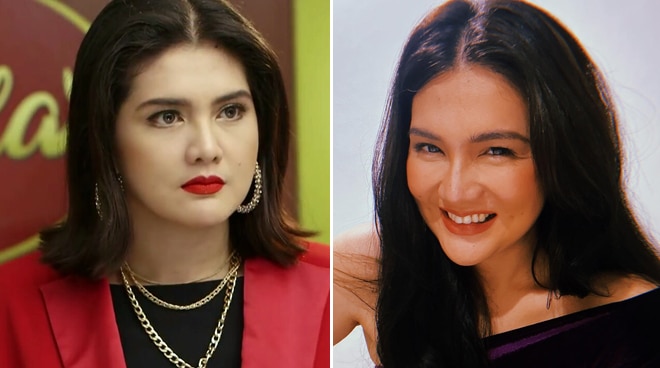 The actress shared on Instagram how grateful she is for having won the award.

Dimples portrayed the role of Daniela Mondragon in the hit afternoon series of ABS-CBN.

“Voted as the FIRST ever @jeepneytv Fan Favorite KONTRABIDA All my love to all my Baby Dragons and all the true Mondragons out there who voted for me!!! KAYO TALAGA ang TUNAY na mga Mondragon,” she shared.

The Kadenang Ginto actress praised her fellow nominees for the award.

Yam Concepcion and Lorna Tolentino also made it to the Top 3 of the Fan Favorite Kontrabida Award alongside Dimples.

Dimples also shared some behind-the-scenes footage of her helicopter ride in the show. She revealed that she didn’t expect that she would be hopping in an actual helicopter. She also gave a glimpse of how close the cast and crew of the teleserye were.

“Mabuhay po kayong lahat. May Daniela be a constant reminder how even those perceived with the darkest of hearts will always have good in them, we just need to dig deep and find that one tiny spot of gold no matter how difficult it may seem. Oh and of course to slay life with or without that red maleta,” she continued.