‘PIE Night Long’ host Karen Bordador dishes out lessons about life and love in her own segment for PIE Channel’s evening block. 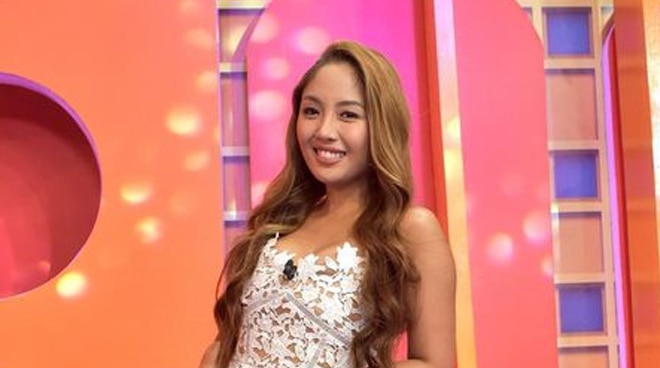 After being acquitted for illegal drug charges after a five-year stint inside the Pasig City Jail last year, host Karen Bordador is feeling blessed to be given a second wind in her career. The 30-year-old former radio deejay joined Pinoy Big Brother: Kumunity Season 10’s Celebrity Edition last year where she was given the nickname, “Ms. Brightside of Makati.” This year, she returns to her first love as part of the lineup of hosts for PIE Channel’s evening block.

READ: Karen Bordador proud to have her life story featured on MMK: ‘It feels amazingly great!’

“As you know I’ve gone through crazy experiences in life. So siguro ang maiaambag ko dito sa show na ito ay para ma-realize niyo na puwede kayo mag-umpisa ulit. New beginnings can happen definitely for everyone. There’s no second chances because there’s so many chances in this world. That’s why I’m called Ms. Brightside because really, in everything that happens in life, there’s  always a bright side to it. So yun ang gusto kong malaman ng mga ka-troPIEs natin na you can definitely sleep and then wake up and it’s a new day di ba?” she shared.

Within the show, Karen also has her own solo segment called Tender Love and Karen where she dishes out advice about love and life. The former PBB celebrity housemate revealed how much preparation she puts in before every taping.

“I just want to add how much love we give sa mga advice namin. I research talaga. Once I read a TLK (Tender Love and Karen), I really read. As in I need to take hours to understand the person’s problem. Kasi they are asking for sound advice. Yung kailangan nila ilagay sa buhay nila kung ano bang desisyon nila dapat,” she shared.

During the PIE Channel presscon, Karen also shared one of the most memorable situations she has talked about in her segment.

“I have seen a lot of relationships, of couples na multiple relationships at one point. Ito yung mga throuple or quadruple in a relationship I’ve heard and they work out. Tatlo sila sa isang relasyon. And they all know each other. They love each other. So ang daming mga interesting relationships nowadays na not a lot of people know. So I guess you just have to respect them. I used to just have one picture of what a relationship is na one on one. But nowadays it’s 2022. I guess we have to be more understanding,” she said.

PIE is the first multiscreen, real-time interactive TV channel in the country. Viewers in the Philippines can participate and win cash prizes every day. Find the PIE Channel by scanning your digibox. Viewers can also watch PIE worldwide via its website pie.com.ph, YouTube (https://youtube.com/iampieofficial), Sky Cable Channel 21, and Cablelink Channel 100.  Viewers can also watch PIE live on GLife of the GCash App. The PIE Channel is a project of ABS-CBN, Kroma Entertainment, BEAM, and 917 Ventures.