Their teaser for Belle Mariano and Donny Pangilinan’s upcoming film has just been released. 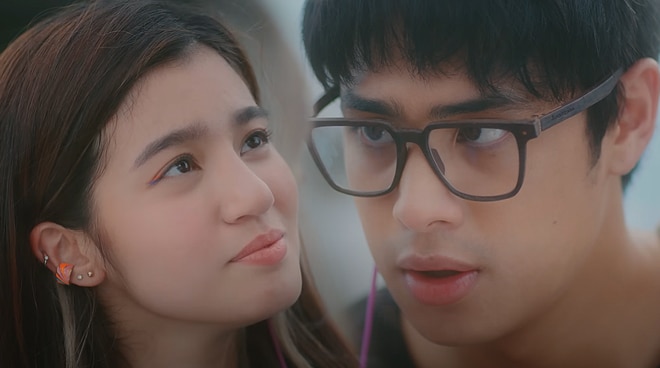 A one-minute long teaser was released by Star Cinema for the latest film of Donny Pangilinan and Belle Mariano last Friday, October 21. The two will star in the romance film An Inconvenient Love which is set to be released on November 23 in cinemas nationwide.

“LOVE IS NOT PERFECT, BUT IT CAN BE CONVENIENT,” the caption reads.

READ: JC Alcantara to portray a character with Autism Spectrum Disorder in ‘An Inconvenient Love’

The teaser showed the life of Ayef, played by Belle, going through her daily routine of commuting and listening to music. As she is making her way towards the footbridge, she is stopped by Manny, portrayed by Donny, who grabs one side of her earphones.

An Inconvenient Love follows Ayef who is so focused on her dream that she has no time for love until she meets Manny, a young man who is up for anything, even contractual flings. The film is written by Enrico Santos and Daisy Cayanan.

Apart from Donny and Belle, up and coming actor JC Alcantara is also set to star in the movie. He will be portraying a character on the autism spectrum disorder. Netizens shared how excited they are for the latest film of DonBelle on social media.

This will also mark the first comeback film of Star Cinema to the cinemas after the pandemic hit the country. The movie is directed by Petersen Vargas known for his other works such as 2 Cool 2 Be 4gotten and Hello Stranger, among others.