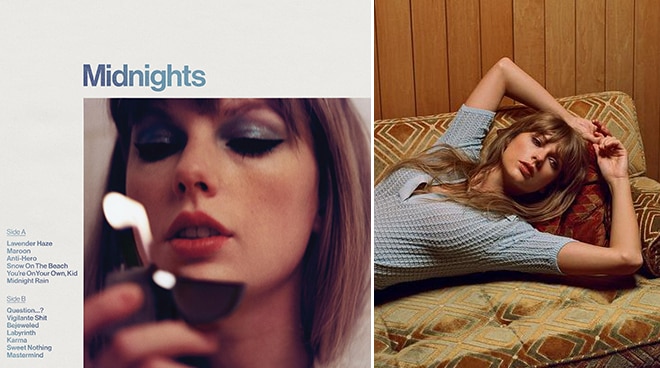 On the release day, Taylor penned a post on social media, paying tribute to her main collaborator in her tenth album.

"Midnights is a wild ride of an album and I couldn’t be happier that my co-pilot on this adventure was @jackantonoff. He’s my friend for life (presumptuous I know but I stand by it) and we’ve been making music together for nearly a decade HOWEVER… this is our first album we’ve done with just the two of us as main collaborators," she said.

In her post, Taylor also shared that they created the Midnights album by revisiting the various midnight stories in their lives.

"We’d been toying with ideas and had written a few things we loved, but Midnights actually really coalesced and flowed out of us when our partners (both actors) did a film together in Panama. Jack and I found ourselves back in New York, alone, recording every night, staying up late and exploring old memories and midnights past," she relayed.

"We were so lucky to also work with our brilliant collaborators @sam_dew, @sounwave, Lana Del Rey, @jahaansweet, @keanubeats, William Bowery, and @zoeisabellakravitz. @sharp_stick was our excellent engineer. The wonderful and wise @bethgarrabrant took the album photographs," she added.

Taylor remarked that Midnights is "a collage of intensity, highs and lows and ebbs and flows. Life can be dark, starry, cloudy, terrifying, electrifying, hot, cold, romantic or lonely. Just like Midnights. Which is out now."

On Friday, Taylor also revealed the teaser trailer for the music videos of the Midnight tracks, much to the excitement of the fans.

"I just wanted to first of all say thank you so much to Amazon for giving me an opportunity to show you guys a first look teaser trailer of the secret projects that I’ve been working on for a really long time," Taylor said in her message prior to the release of the teaser.

According to the singer, the music videos will be the visual representations of the world of her tenth album.

"Those projects are the Midnights music movies, the music videos that I’ve made for this album to sort of explore visually the world of this record. And I love storytelling, I love songwriting, I love writing videos, I love directing them. And this was a really fun opportunity to work again with the cinematographer Rina Yang, who was my collaborator on the 'All Too Well' 10-minute short film," she relayed.

Taylor added, "So we really wanted to challenge ourselves to do different things this time around and stretch and I’m really proud of what we made and I really hope you like them. We worked with some amazing actors, which you’ll find out more about at the end of the teaser trailer."

Taylor will be premiering the music video of "Anti-Hero" at 8 pm (PH time) on Friday.