Nash Aguas and Mika Dela Cruz go on a romantic dinner to celebrate their fourth year of being a couple. 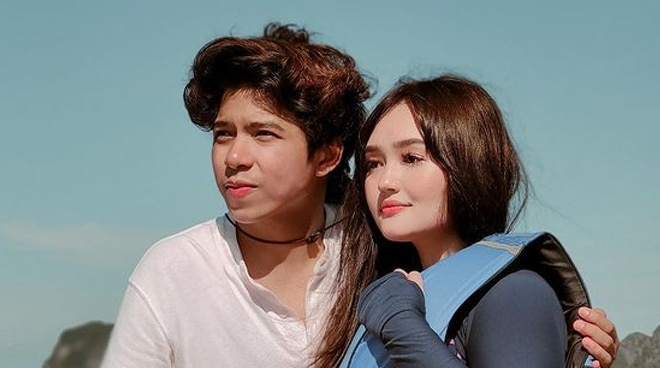 For former child stars Nash Aguas and Mika Dela Cruz, what started out as a friendship when they both starred in the now defunct kiddie gag show Goin’ Bulilit blossomed into a serious relationship. The two had crossed paths again after years of not seeing each other during a Goin’ Bulilit reunion. They finally admitted they had started dating in 2018 after both becoming of legal age.

Last October 20, Nash shared a photo of his pretty girlfriend during a romantic dinner date where they celebrated their fourth year together as a couple. He wrote,

I’m proud of you.

Earlier this year, the couple went on a plane trip together for the very first time when they went on a vacation to El Nido, Palawan. In her Instagram post, Mika wrote, “Almost 4 years together & this is the first time that I got to experience traveling by plane with you   Can’t wait for the next adventure where we are faced with countless opportunities for growth and creating core memories..    ”

Last March, the couple started their own couple channel on YouTube where they make vlogs together. They have 82,000 subscribers as of this writing. Mika described their vlogging channel as follows, “This is not your typical vlog, this is a passion project fueled by Nash’s eye for directing and my passion for vlogging combined. From pre-prod to camera to editing to post-prod, kami lang po ito!   We put our hearts, time and effort to create content that you guys deserve!  2020 was a bad year for all of us and that pushed us to create this series with the purpose of turning last year’s negativity into this year’s positivity. And through our ‘PROJECT HAPPINESS’, we hope you find inspiration as we go on this journey of healing and self-growth.”

After winning a seat in Cavite City during the national elections earlier this year as part of the Unlad Cavite City party, Nash Aguas (real name Aeign Zackrey V. Aguas) started his three-year term as a councilor last July. During the elections, Nash garnered 29,600 votes, making him the second most voted councilor in the country.