Actress Jessy Mendiola has given fans a glimpse into her maternity shoot. 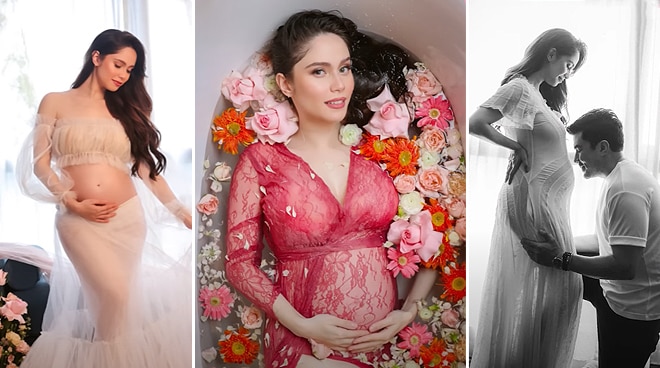 Actress Jessy Mendiola has given fans a glimpse into her maternity shoot as she prepares to welcome her first child with her husband, Luis Manzano.

The actress released a vlog documenting the photo shoot on YouTube on Thursday, October 20. She was joined by Luis in the pictorial shot by celebrity lensman Pat Dy at a luxury hotel in Pasay City.

“I love my big bump and I cannot lie. Baby peanut is growing fast and I can’t wait to meet her, and hold her in my arms. For now, awra awra muna si mommy ha,” she said.

It was last August when Jessy and Luis announced that they are expecting their first child together.

The couple has been married for over a year. They tied the knot in an intimate ceremony in Batangas in February 2021, after four years together.

The two recently held a baby shower to celebrate the nearing arrival of their baby. Currently, Jessy is in her 7th month of pregnancy and is expected to give birth in December.