After a promise ring, Alexa Ilacad now shares a photo of a diamond ring. 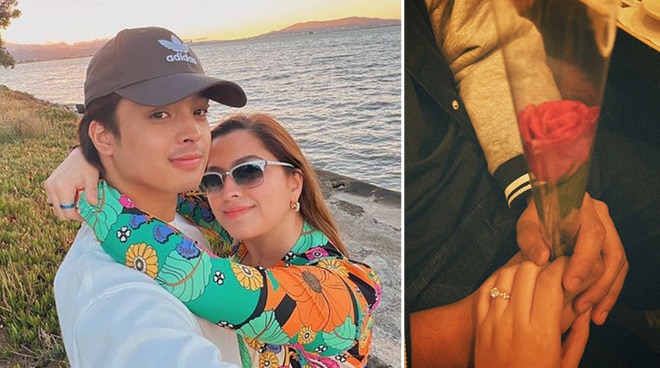 Former Pinoy Big Brother housemate and actress Alexa Ilacad made her fans speculate on the possible confirmation of her rumored relationship with her onscreen partner, KD Estrada. On her Twitter account, the actress shared a photo that showed her hand with a diamond ring.

She can also be seen holding the hand of another person clasping a red rose.

Netizens assumed that the other person in the photo she shared was KD. Fans couldn’t help but guess that this was their way of coming out to the public about their rumored romantic relationship.

“I’m praying to God to protect whatever partnership/relationship you have. I’m just a silent fan but seeing you genuinely happy like this makes me in tears,” netizen named kdlexmyvitamins tweeted.

Although no confirmation has been made from both parties about their relationship status, fans are hoping for the best for them. In previous interviews, KD and Alexa shared their thoughts on the KDLex love team.

“We had this connection even before we became a love team… Kasi it’s more than that eh. What I built with Alexa is a genuine connection, a genuine friendship, a genuine partnership that I know I can always rely on. That’s why I’m always with her, that’s why we’re always together,” KD previously shared.

KD and Alexa became a love team after their stint as celebrity housemates in PBB back in 2021.