Vivoree Esclito reveals dream to host PBB someday: ‘It would be amazing!’ 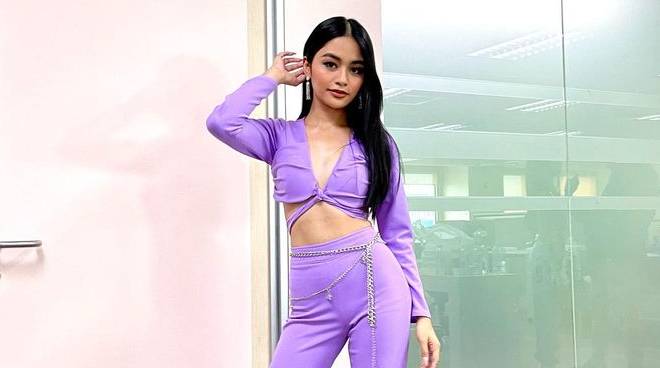 As one of the hosts of the PIE Channel’s evening show PIE Night Long, singer and actress Vivoree Esclito shared how it’s been going so far working with her new co-shot Elmo Magalona.

The 22-year-old singer first joined showbiz as a housemate on Pinoy Big Brother in 2016 where she was known as “Ang Go-Getter Girl ng Bohol.” She was also part of the cast of the teen romantic series He’s Into Her where she played the role of Melissa "Ysay" Baylon in both seasons of the popular series. Now, Vivoree said that she hopes to be able to put a spotlight on her musicality again through PIE Night Long.

“I came from PBB so hindi ako madaldal at all. Medyo quiet lang ako and observant. Pero here sa PIE Night Long sessions, I’m able to express myself more and mas na-sho-showcase dito yung love and appreciation namin for music kasi first love ko talaga is singing pero I didn’t have the platform or the chance to showcase it talaga to the whole world. Pero dito kasi, may mga performances kami ni Elmo so I had the chance to show the world that I can sing,” she explained.

Apart from being part of PIE Channel’s roster of talented hosts, Vivoree revealed what other shows she would love to get the opportunity to host in the future.

PIE is the first multiscreen, real-time interactive TV channel in the country. Viewers in the Philippines can participate and win cash prizes every day.  Find the PIE Channel by scanning your digibox. Viewers can also watch PIE worldwide via its website pie.com.ph, YouTube (https://youtube.com/iampieofficial), Sky Cable Channel 21, and Cablelink Channel 100.  Viewers can also watch PIE live on GLife of the GCash App. The PIE Channel is a project of ABS-CBN, Kroma Entertainment, BEAM, and 917 Ventures.