Actress Angelica Panganiban has finally given her fans a first clear look at her daughter’s face. 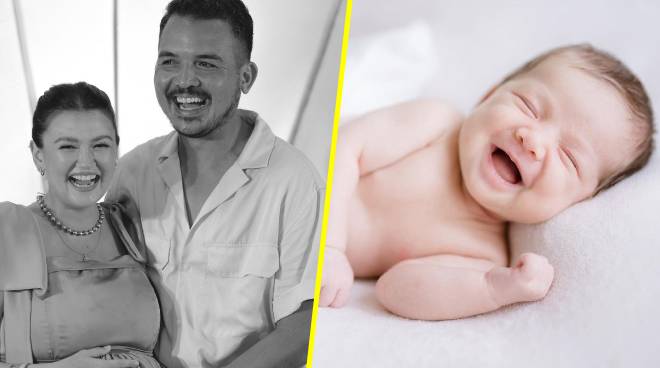 Angelica, who shares her child with her non-showbiz partner Gregg Homan, took to Instagram on Thursday, October 20, to share photos of baby Bean.

“Hello world! It’s been a month. Mom and dad are finally ready to share me with you. So, here I am,” she wrote in the caption, crediting Cocoon Studio PH for the photos.

Several friends and fans of Angelica quickly reacted to her post and gushed over Bean’s cuteness.

Up until her latest Instagram post, Angelica has only provided glimpses of her daughter on social media, explaining earlier why she and her partner didn’t want to show Bean’s face to the public.

Angelica, 35, gave birth to her daughter last September 20, exactly seven months after she revealed her pregnancy.

She and Bean’s father, Gregg, have been together since July 2020. They announced their engagement last October 8.