‘Zoom’ hitmaker Jessi grateful for the support of her Filipino fans

She held her first-ever solo concert in the Philippines. 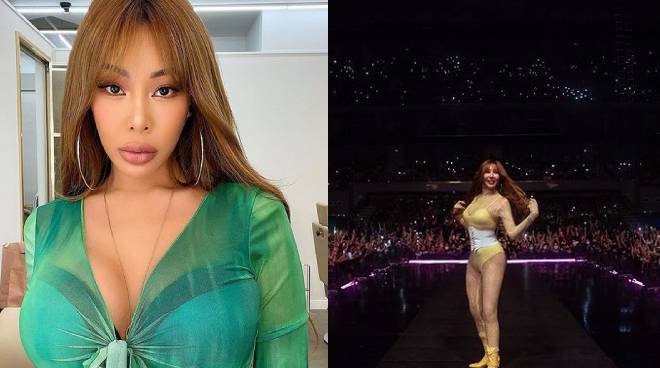 Korean-American singer-songwriter Jessi expressed her gratitude to her Filipino fans for the warm welcome she received during her visit to the country for a sold-out show.

The K-Pop superstar shared that she would never forget the experience in Manila.

According to Jessi, it’s the undying support from her fans that motivates her to continue her career.

“Despite my health problems and all the extreme challenges I’ve faced.. My fans are the driving force to keep me pushing forward… I may have cried and fallen several times, but it was MY FANS that helped me get back up,” she wrote.

This is the first time that the 33-year-old K-pop superstar held a solo concert.

Jessi revealed in an interview with TV Patrol that she never had a big concert on her own prior to the one she staged in Manila after almost two decades since she debuted.

“This is my first [solo] concert in general like a real concert, like I've had small concerts but this is a big concert. I didn’t think that my first concert would be in the Philippines,” she revealed.

Jessi added that the Philippines is a place close to her heart and she will never forget the experience despite being a first-timer in the country.

“I love it here. This is the first time I’ve been [in the Philippines], first concert, the food is amazing, the people are so warm. I heard you guys were super loud that was what they told me, ‘your Filo Jebbies are freaking loud’,” Jessi shared.

Last July, Jessi parted ways with her entertainment agency, PNation, after three years. She was the first artist to be signed by the company. The singer-songwriter gave everyone assurance that she wouldn’t be retiring from the music industry and that she is just recollecting herself.