Arjo Atayde made his way to France for the screening of his new series ‘Cattleya Killer.’ 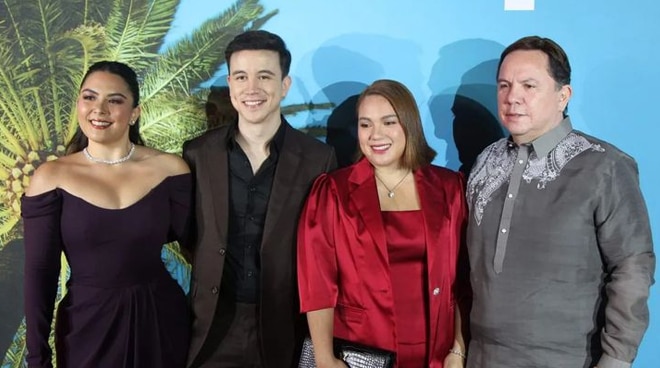 Arjo Atayde attended the MIPCOM Cannes in France for the premiere screening of the ABS-CBN series Cattleya Killer.

ABS-CBN talent management arm Star Magic shared a video from the arrival of Arjo on the red carpet. Arjo’s family has shown full support including his sister Ria, his mom Sylvia, and his dad Art.

See the videos below:

MIPCOM Cannes is considered the largest content market in the world. This makes the premiere of the six-part series another milestone for the ABS-CBN as it brings the newest drama series to an international audience.

Directed by Dan Villegas and Irene Villamor, Cattleya Killer is a six-part series under ABS-CBN about a “son of a cop who cracked an old serial killer becomes the prime suspect when a copycat emerges.”

Arjo also shared the difference between Aga Muhlach’s 1996 film of the same name and the series.

“Well, practically, it’s the same story, same personality, same everything. I think the only difference that we have is just that the twists and stories have modernized. And also, obviously ako po. I can’t do what tito Aga did… I can only try to do my best,” he said.