Actress Dawn Zulueta revealed in a recent post that she is a member of the ARMY fandom of BTS. 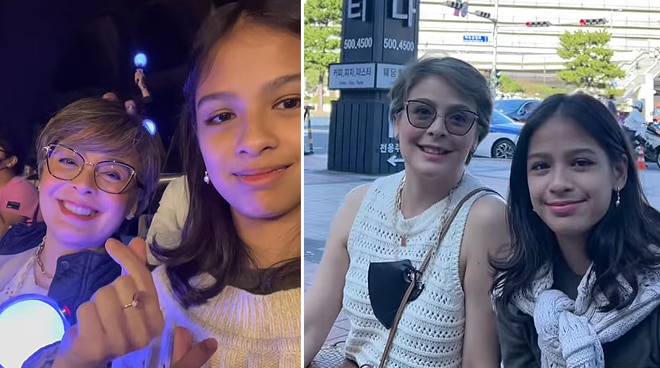 With many local celebrities like Lea Salonga and Megan Young self-admitted die-hard fans of the South Korean boy group BTS, it was no surprise that they shared their experience while watching the free online event last weekend while the group performed in the BTS Yet To Come concert in Busan, South Korea which was done in support of the city’s bid for the 2030 World Expo.

One of the Pinoys who was able to score admission to the free event was actress Dawn Zulueta-Lagdamao who attended along with her 13-year-old daughter Ayisha Madlen. In her post sharing a video clip of their concert experience, the 53-year-old actress revealed she is a member of the BTS fandom called the ARMY. In her Instagram post last October 17, Dawn wrote, “What a spectacular weekend in Busan, South Korea
We love you, @bts.bighitofficial
What you think ‘bout that? Mic Drop
For ever ARMY   ”

Aside from attending concerts together, Dawn and her daughter also enjoy bonding over other cultural activities. Aside from practicing ballet together, Dawn and Ayisha also attended a classical concert at the Ayala Museum earlier this year as well as traveling together to different countries along with the rest of their family.

Dawn’s most recent acting project was in the ABS-CBN teleserye A Family Affair where she played the role of Carol Estrella.