Katarina Rodriguez’s baby bump is slowly getting bigger and bigger. 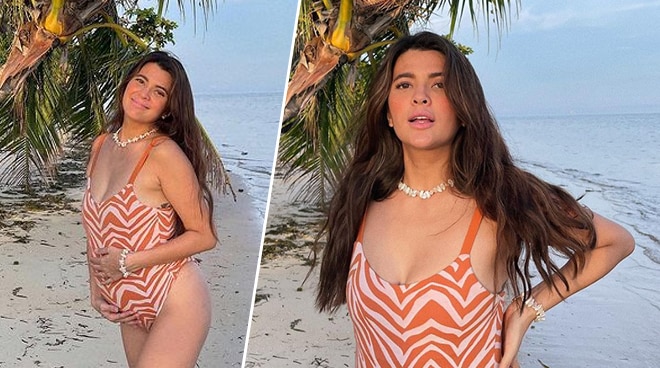 Former Miss World Philippines Katarina Rodriguez shared photos from her beach trip and showed off her baby bump to her followers on Instagram.

Katarina is scheduled to give birth in January 2023 based on her Instagram posts.

In her latest posts, she can be seen enjoying the beautiful island of Siargao in her photos.

On her Instagram stories, Katarina shared photos of her wearing a bikini.

Katarina surprised her followers with the announcement of her second baby through a photo shoot inspired by pop superstar Britney Spears’ music video for “Oops!…I Did It Again.”

Netizens started guessing the gender of Katarina’s second child in the comments section. Some of them wished the beauty queen would finally have a baby girl this time around while other netizens hoped it’s still a boy just like her eldest.

Katarina was 30 years old when she gave birth to her first child, Quino, back in August 2021. She and her partner, resort owner Nino Barbers, have been together since 2018.

The beauty queen represented the Philippines in 2018 at the Miss World pageant though she was unable to take home the crown. Prior to her Miss World stint, Katarina was the first runner-up at the Miss Intercontinental pageant in 2017––only behind Veronica Salas of Mexico.