Sofia Andres broke ground for the second house of her family. 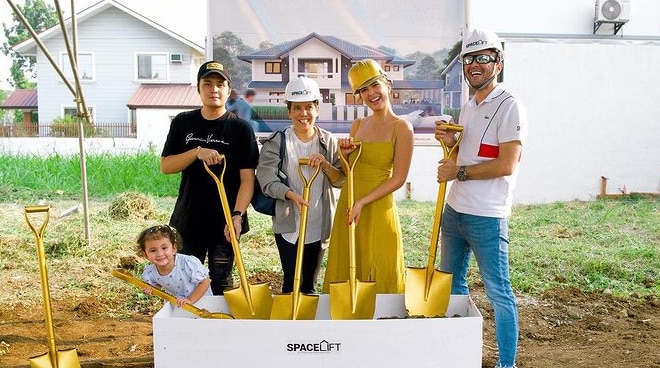 Actress and influencer Sofia Andres shared with her followers on social media a glimpse of the groundbreaking for her second house last Saturday, October 15. The new house of the actress will be built in Lipa, Batangas.

“Our second home is finally happening,” she said.

Sofia shared she feels thankful for having been blessed with the opportunity to create another home for her and her family. Present at the groundbreaking event of the new house were her some of her family members including her daughter, Zoe Miranda.

“Thank [you] Lord God for always keeping me on the right track & for guiding me every step of the way,” she wrote.

On her Instagram stories, the actress shared some of the scenes from the event itself including one with her daughter enjoying while digging the ground where their future house would rise.

Sofia partnered up with SpaceLift, a construction company that specializes in transforming spaces and bringing life to concepts.

“We are excited to build your family residence and make it a reality. Thank you for the trust,” the construction company shared.

They also invited a priest over to bless the property as well as the foundation of their future home in the province. Her daughter was also seen on her Instagram stories throwing coins on the property in what appeared to be a tradition for good luck.

Sofia made public her relationship with her non-showbiz boyfriend, Daniel Miranda. She gave birth to Zoe a year after. Their relationship has since grown stronger.

She was last seen acting in the ABS-CBN TV drama La Vida Lena.