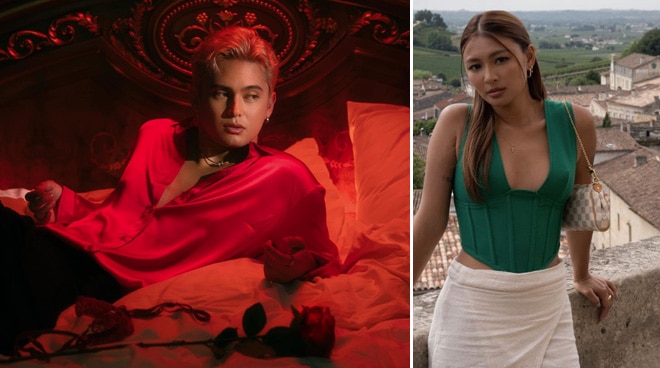 Singer-songwriter James Reid just shared the inspiration behind one of the songs from his latest album, Lovescene. The singer revealed that he had in mind ex-girlfriend, Nadine Lustre, while writing the song Always Been You.

"This next one is called "Always Been You", this one I wrote about Nadine" - James Reid

OKAY BE RIGHT BACK, MY JADINE HEART IS CRYING 😭😭😭💜#JamesReid#NadineLustre pic.twitter.com/xZOLZsr7Xe

A Twitter user named @httpbumpkin uploaded a video of James reacting to his album alongside his friends.

“This next one is called ‘Always Been You.’ Oh, man, am I really gonna explain all these songs? This one I wrote about Nadine,” James shared.

JaDine fans have been sharing how happy they are for this small detail that James shared behind the process for his album.

While the two have broken up, they have since remained good friends. The singer-actress signed with her ex-boyfriend’s record label, Careless Music, in the same year they parted ways.

Fans of the onscreen partners have since appeared to have accepted the breakup of the couple. Nadine is already dating her non-showbiz boyfriend, Christophe Bariou.

Meanwhile, James has been romantically linked with MOMOLAND’s Nancy McDonie.

Lovescene is James’ second album. His first one was released back in July 2017. The singer-songwriter shared in a previous interview that he would be focusing on his music career this year.

“Definitely for this year, I am working on a lot of music. I’m very excited to release new songs. But yeah for this year, I’m focusing on music... I will be signing co-artists to Careless Music, my music label and will be releasing a lot of music and that’s also what I’m excited for,” he stated.