Angelica Panganiban and Gregg Homan share some of their learnings from the first few weeks of raising their daughter. 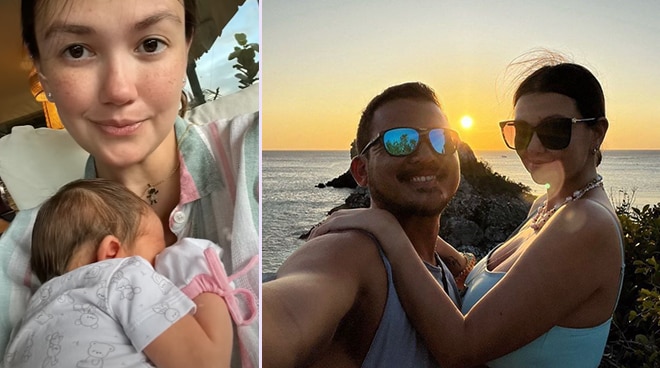 First-time parents Angelica Panganiban and Gregg Homan gave an update about what had kept them busy the past few weeks after the former gave birth to their first child.

On their latest YouTube vlog, the couple shared what went down when they went out on a date together with their daughter.


The newly-engaged couple also shared how fun yet challenging it is to raise baby Bean.

Angelica opened up about how surprised she was about how challenging breastfeeding can be, especially during the first few weeks of their daughter.

Angelica also shared how she gets easily tired compared to when she was still active as an actress.

The couple also gave an update on the fake profile account that has been using their identity to extort money from subscribers. Angelica and Gregg revealed that this is also the reason why didn’t want to show the face of their daughter just yet.

Angelica announced their engagement to the public last October 8.he gave birth to baby Bean in September.