SEVENTEEN is set to return to the Philippines for another concert this coming December. 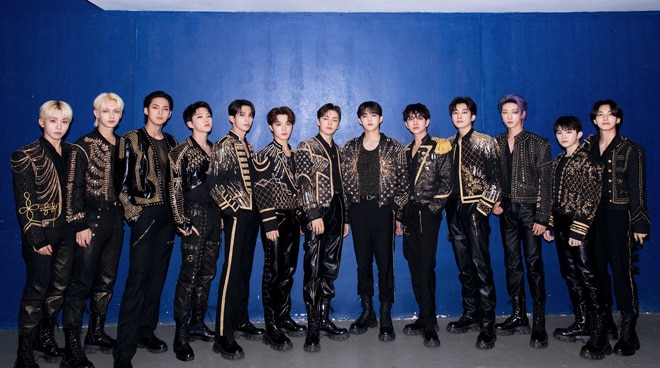 K-Pop boy group SEVENTEEN is returning to Manila for another concert, this time in a bigger venue.

Live Nation PH announced on Friday, October 14, that the boy group will stage another "Seventeen World Tour: Be The Sun" in the Philippines at the Philippine Arena in Bulacan this coming December.

"SEVENTEEN heard you, and we're here to deliver the message. 💌 They’re coming back and it’s gonna be BETTER!  📆 December 17, 2022," Live Nation PH posted on social media.

SEVENTEEN heard you, and we're here to deliver the message. 💌
They’re coming back and it’s gonna be BETTER!
📆 December 17, 2022
📍Philippine Arena#세븐틴 #SEVENTEEN#SVT_WORLDTOUR_BETHESUN#BETHESUN pic.twitter.com/Tcbrl3meWH

During the concert, Leader S.Coups expressed his desire to return to the Philippines and stage a concert again for the Filipino Carats (name of their fandom).

"We will come back really fast, you know. If I say it like this, you know there’s something, right?" he said in the concert.

The boy group was also all praises for the energy of the Filipino Carats during their concert in Manila.

"Because of your energy, I think I was able to do well. Every time we come here, it seems like we're getting good energies from you. I wanna come here as soon as possible again," member Jeonghan said during the show.

"Thanks for giving us such an amazing experience. We're really touched that you guys knew all the lyrics to our songs," member Joshua stated.

SEVENTEEN performed their various hits in their recent concerts including “Mansae," "Left & Right," "Aju Nice," "Shadow," "Crush," and "Darl+ing," among others.

“It’s been a long time since we came here but the hotel is the same, the restaurant is the same, the amusement [park] is also the same. And more importantly, our love is the same. That’s the best thing," member Jun said during their recent concert in the Philippines.