Joyce Pring reacts to netizens calling her out for religious stance: ‘I’ve had the messiest history’

Joyce Pring believes that non-believers of her faith will face judgment. 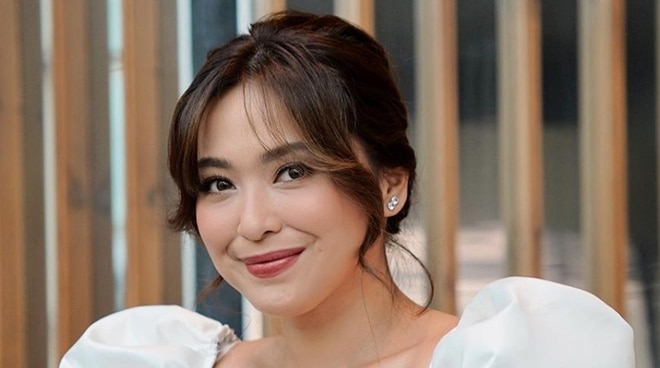 Joyce Pring broke her silence after she trended on social media the past week for her statement aired on Wil Dasovich’s podcast. The television personality was still firm on her stance with regards to non-believers going to hell.

On her Instagram, Joyce shared her own experiences prior to her being religious.

“I’ve had the messiest history, I’ve made bad decisions, I’ve hurt people— I’ve done it all, and if I’m being honest, I still make pretty awful mistakes to this day,” she wrote.

She was called out by netizens for her statement that the non-believers will face judgment and go to hell. Different reactions were given by the netizens as it irked their feelings and called Joyce “self-righteous.”

“Sobrang laki ng issue ko with those religious self-righteous people that's why I’m so annoyed kay Joyce Pring as in, I have relatives who preach about Christianity (pastor ganern) but their attitude sobrang baliktad sa pini-preach nila,” a Twitter user named _sunshinewonho shared.

Despite all of these, Joyce still believes in her religious stance and added that people should “repent” and “be humble” enough in order to go to heaven.

“This is the greatest gift I have ever received — by grace alone, through faith alone, in Christ alone. I used to be a shameful sinner, and now I am STILL an imperfect, bruised, calloused, wonky, Christ-follower,” she said.

The TV host encouraged her followers to give the episode a listen and hoped that they’ll learn something from it.

“I hope you get the chance to listen to the full episode of the podcast ‘Unpacking Christianity’ with @wil_dasovich. Love you guys. And I mean, all of you,” she ended.