Bianca King is encouraging all the mommies to work out as well. 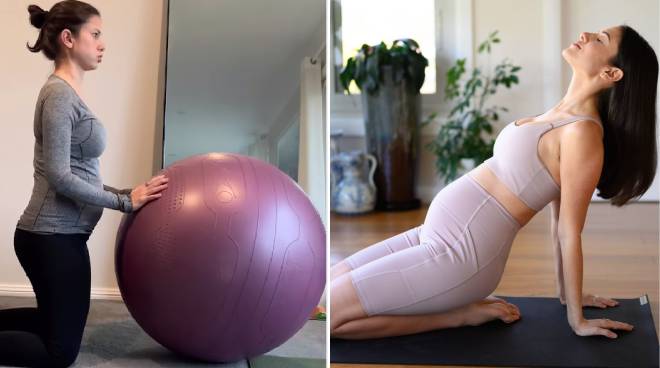 Bianca King just shared on her Instagram some workout routines she has been doing to remain physically fit while she’s still pregnant. The actress revealed that she has been working out to help her become stronger when she has to give birth.

Bianca is now in her second trimester of pregnancy.

“Building strength for natural childbirth. 👶🏻💪🏼 Trying to minimize my risk of getting gestational diabetes and preeclampsia by exercising and eating healthy,” she wrote.

The actress added that she’s still getting used to carrying an extra 20 pounds in the middle of her body. While she encourages pregnant women to remain physically active throughout their pregnancy, she advised them to consult with their doctors first.

Bianca also shared that a professional trainer has helped her a lot in her workouts.

“Before any exercise, consult with your midwife or OB. It’s best to be guided by a professional trainer like @rebelwithus and @_katdaroza for the correct form then you can do it on your own. These pregnancy exercises are low impact and fairly easy to follow! Keep it up mamas,” she continued.

Previously, the actress opened up about her pregnancy woes when she was in her first trimester.

“The 1st trimester is a crucial stage in every pregnancy. It could be very isolating if you’re not ready to tell anyone. I was open with as many people as I could be. I needed the support. Just in case something happened,” she previously wrote.

Bianca tied the knot with her husband, Ralph Wintle, back in June 2021. The couple is now based in Sydney, Australia. Ralph is also the younger brother of actress Iza Calzado’s husband, Ben, who is also expecting his first child with the actress.