Actress Maxene Magalona honors her late father and rapper Francis Magalona on his 58th birthday this year with her version of his 1995 iconic hit song. 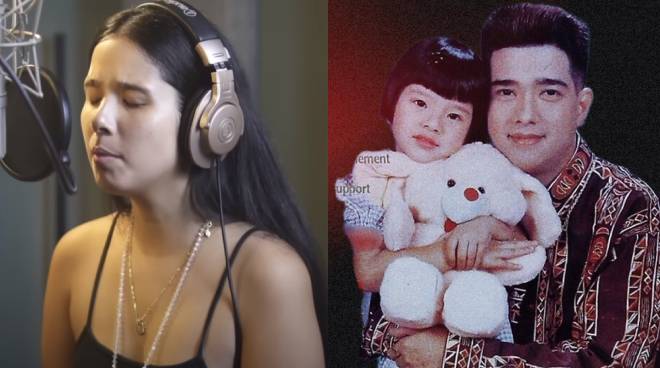 READ: Maxene Magalona on the road to self-healing: ‘I never give up’

“Just felt like recording a version of my Dad’s song ‘Kaleidoscope World’ in time for #WorldMentalHealthDay. We recorded this on October 4, 2022 which was his 58th birthday.

“This was one of FrancisM’s most popular anthems back in the ‘90s with a message so powerful and timeless. I thought of creating this version together with some of my artist friends as a gentle reminder that we are all connected to each other in love, peace and harmony. I truly believe that God wants all of us to experience this kind of colorful and vibrant energy while we are here on earth.

“We are not just here to survive. We are here to thrive and feel all the way alive.

“Happy #WorldMentalHealthDay, everyone. Please go check up on your friends today ”

In previous posts, the 35-year-old actress who is the eldest child of Francis and Pia Magalona, has opened up about her previous struggles after being diagnosed with complex post traumatic syndrome disorder (C-PTSD). Maxene also thanked her fellow artists who collaborated with her on the video, which also shows footage from the song’s original music video as well as a photo of Maxene and her father when she was a little girl.

“When healing hearts come together

I’m so grateful to this group of amazing artists who helped me bring this dream project to life. To hold space for each other and be able to create and express ourselves freely as artists is the kind of energy our environment would have if we were living in peace and harmony. No competition, division and hatred. Just teamwork, unity, and love. This is the Kaleidoscope World ”

READ: Maxene Magalona talks about one of the best trips of her life: ‘No plans, no thinking’

Maxene’s most recent project with ABS-CBN was Viral Scandal earlier this year where she played the role of Jake Cuenca’s troubled wife Audrey Ramones.