Watch the trailer for Selena Gomez's Apple TV+ documentary titled 'Selena Gomez: My Mind and Me.' 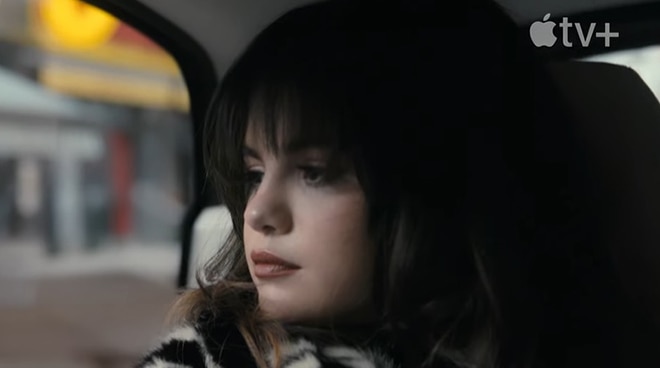 Selena Gomez shared the teaser for her upcoming Apple TV+ documentary titled Selena Gomez: My Mind and Me on World Mental Health Day.

The trailer shared a peek of the documentary which chronicles Selena's mental health journey for the past six years amid her battles with depression, anxiety, and lupus.

"Just be who you are, Selena. No one cares about what you’re doing. It's about who I am, being okay with where I am. I am grateful to be alive," she said in the teaser.

She continued, "Let me make a promise. I am going to stop living like this. How do I learn to breathe my own breath again?"

In the trailer, Selena also talked about how she wants to use her platform to help other people.

"Clearly I am still here to use whatever I have to help someone else," she stated.

Fans of the singer were quick to express their admiration for Selena after the release of the trailer.

"We’re so proud of you Selena. You’re truly a blessing," one said.

"I love you so much  Purest soul on this planet," another fan commented.

The documentary is directed by Alek Keshishian, the same director behind Madonna: Truth or Dare.

"I had no interest in making a traditional pop doc. I wanted to show something more authentic and Selena did, too. She has a raw vulnerability that captured me… I had no idea then that it would become a six-year labor of love," the director said as reported by Variety.

The documentary will open the 36th edition of AFI Fest on November 2.

"AFI is proud to launch AFI Fest 2022 with Selena Gomez: My Mind and Me, a film as profoundly powerful as it is personal. Selena is a global force in art and entertainment, and we are honored to partner with her, Alek and Apple to shine a light upon her journey in this beautifully crafted celebration of optimism, vulnerability and hopefulness," AFI President and CEO Bob Gazzale said in a statement.

Selena Gomez: My Mind and Me will have its premiere worldwide on November 4 on Apple TV+.

Selena has always been candid about her mental health journey.

In an interview with Good Morning America back in April, the pop star revealed that she has not been using the internet for years to protect her mental health.

"I haven't been on the internet in four and a half years. It has changed my life completely. I am happier, I am more present. I connect more with people. It makes me feel normal," she stated.

Selena shared that it is her team who curates and publishes her posts on her social media accounts.

READ: Selena Gomez pens an empowering message as she turns 30

"Growing up in the spotlight has definitely taught me so much. I can't believe that I'm where I am mentally just because how I took the necessary steps in order to kinda remove myself from that because it's just not normal,"  the singer said.

She recently launched a mental fitness company called Wondermind alongside her mother Mandy Teefey and entrepreneur Daniella Pierson. The company aims to "give you easy, doable ways to put your mental fitness first every single day."