‘K-Love’ actor Jake Cuenca talks about his latest series which reunites him onscreen with Iza Calzado after a decade. 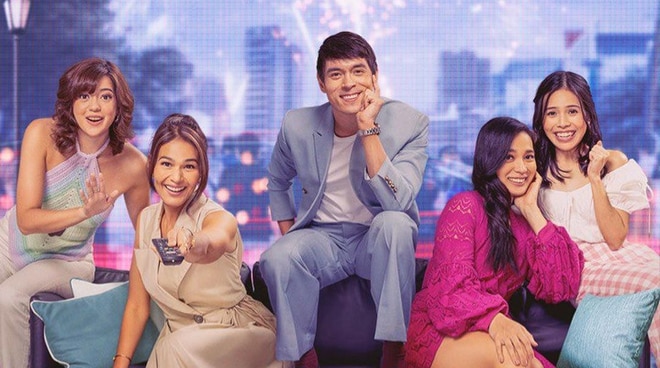 As the lone lead actor in the upcoming Viu Original series K-Love, Jake Cuenca said he really appreciated all the support he received from his female co-stars like Iza Calzado, Isabelle Daza, Sue Ramirez, and Gabby Padilla.

“I wasn’t exactly at my best when I accepted this project. Definitely, everyone was there for me in a sense that it was very much a very fun experience. Parang it took me away from a lot of the things that I was thinking of. I was very fortunate that I was cast in this because everyone was my friend. Belle is my friend and Iza is my friend. Sue we’re going to be working on a project together and then Gabby I know her through theater,” he shared during the K-Love press conference held last October 8 in Makati City.

Apart from K-Love, Jake revealed that his first experience with K-drama started more than a decade ago when he was cast in the Philippine remake of a South Korean series.

“I was fortunate enough to remake a K-drama a few years ago with Green Rose. The thing is, what’s amazing about this one is that it’s original and we’re representing the fans of K-drama and they’re going to be able to relate to us kasi. Like with my character, I’m discovering these things as they go so I’m watching this and it’s influencing my life and it’s changing the ways I’m going for Iza’s character. It pushes him to go for it so that’s what they’re going to see here,” he shared.

READ: Jake Cuenca talks about his ‘role of a lifetime’ in ‘Viral Scandal’

When he was first offered the role in K-Love, Jake said that working with a Hollywood level production crew was something he would never turn down.

“I didn’t really have much time to think about it (laughs). I did decide right away that I was going to do it. For me, it was easy to decide right away because I found the opportunity to work with directors from the states, with Corinna (Vistan), with Ian (Takahashi). I’m working with my love team Iza and with my friends and also with Sue who I’m working with another project together and Gabby from theater.

“So for me, when I saw all the pieces and the opportunity, it’s just trust. I just trusted them. But it was one of the best decisions I ever made. I was going through a lot of things while I was doing this, but these girls, everyone, they really, really willed me to the finish line with this one. They really took care of me and it was worth my time. It really, really was,” he admitted.

In the series, Jake plays the role of Jay, the son of a wealthy tycoon and high school sweetheart of Iza Calzado’s character Tish.

But unlike his character, Jake shared that he never felt the need to step out of any shadows with his family.