Eugene Torre is recognized as one of the greatest players in chess history. 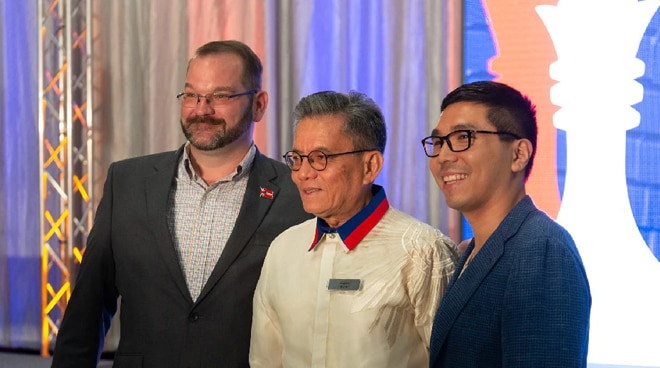 During the induction of the World Chess Hall of Fame in Missouri, USA, 70-year-old Pinoy grandmaster Eugene Torre was officially recognized as one of the greatest players in chess history along with fellow inductees Judit Polgar of Hungary and Poland-born Argentine Miguel Najdorf.

At the age of 22, Eugene became the first Asian to reach grandmaster status in 1974 after winning the silver medal at the 21st Chess Olympiad in France.

According to the World Chess Hall of Fame official website, Eugene is also “a member of the Philippine Olympiad team a record 23 times. Torre won three individual medals on board one (silver at Nice 1974 and bronze at Malta 1980 and Dubai 1986). He also won a bronze medal on board three at Baku 2016 at the age of 64. Torre was the official second of Bobby Fischer in his 1992 rematch with Boris Spassky.”