Tom Holland is back in action for ‘Uncharted’. 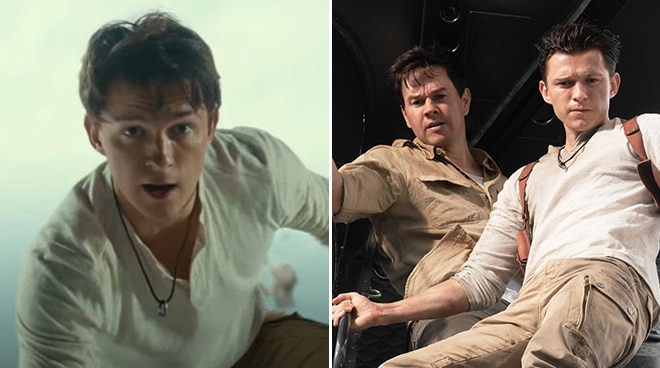 Tom Holland proves himself an action hero even out of his Spider-Man persona as seen in the newly released clip for Uncharted. Uncharted is the live action movie adaptation based on the popular PlayStation video game of the same name.

In the two-minute 25-second clip, Nathan Drake (played by Tom Holland) can be seen in face-off onboard a cargo plane. As Victor “Sully” Sullivan (Mark Wahlberg) looks on, Nate takes on the bad guys as he dodges crates and bullets that come flying at him.

In a scene described by fans as being faithful to the game on which the movie is based, Nate uses his parkour skills in an exciting mid-flight fight that ends in a cliffhanger by the end of the reel.

Uncharted features the story of street-smart thief Nathan who is recruited by treasure hunter Sully to recover treasure worth $5B lost by explorer Ferdinand Magellan 500 years ago. There’s also a personal reason for Nathan as the treasure may also lead to his long lost brother. Unfortunately, the ruthless Moncada is also after the treasure and he doesn’t look on the competition too kindly. As to whether or not Nathan can trust Sully, that’s a whole other problem.

READ: Tom Holland takes on another hero role in ‘Uncharted’

Uncharted is directed by Ruben Fleischer with screenplay by Rafe Judkins, Art Marcum, and Matt Holloway, based on the PlayStation video game by Naughty Dog. Starring Tom Holland, Mark Wahlberg, Sophia Ali, Tati Gabrielle, and Antonio Banderas, Uncharted is set to debut in cinemas in 2022.