‘Marry Me Marry You’ actress Analain Salvador reveals which was the most difficult scene she had to do in the top-rated teleserye. 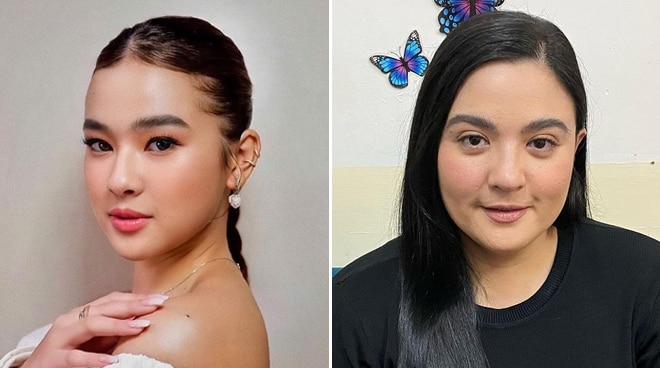 After she and her brother Ashton Salvador were welcomed into Squad Plus last year, actress Analain Salvador said she enjoyed her first major acting experience as part of the cast of Marry Me, Marry You where she plays the role of Sunshine Dizon’s headstrong daughter Koleene. The new actress, who is the cousin of Daniel Padilla, said she was able to get wisdom on acting while working on the set of their lock-in taping last year.

The 18-year-old Marry Me, Marry You cast member recalled one specific instance when her onscreen mom really helped her execute the scene.

“We had this one scene together na I needed to cry and bilang bagong artista it was hard for me to just let out that iyak agad. So what Ms. Sunshine did was niyakap niya ako and she was telling me to calm down. Sabi niya, ‘Huwag kang masyadong kabahan’ kasi naramdaman niya na I was shaking. So she would always tell me na, ‘It’s not going to be easy at first pero pag tumagal tagal ka mas masasanay ka kaya kumalma ka lang ngayon.’ Yun yung tumatak sa akin,” she recalled.

After spending the holidays with her family, Analain said she is looking forward to a new year with more new opportunities to showcase her acting abilities.