Actress-singer Kim Molina wowed her fans and followers as she belted out Maymay Entrata's hit single ‘Amakabogera’ in a video she posted online on Sunday, January 30. 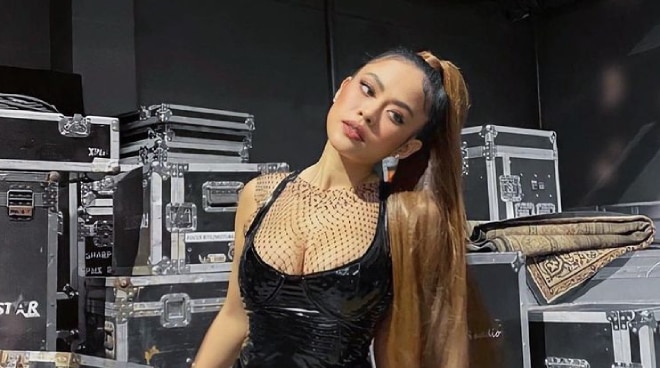 Actress-singer Kim Molina wowed her fans and followers as she belted out Maymay Entrata's hit single "Amakabogera" in a video she posted online on Sunday, January 30.

As indicated in her post, Kim performed the song during the virtual launch of her and boyfriend Jerald Napoles's latest business venture, Fit Mix.

The video was later reposted by Maymay on Instagram Stories, who wrote, "Kilig naman ako dito. Thank you, ate at kuya."

Since it was launched in October, "Amakabogera", which talks about being confidently beautiful, has been a phenomenal success, with over 11 million views on YouTube as of this writing.

In an interview with ABS-CBN News, Maymay said she didn't expect that her latest song would become a viral hit and earn praise from her fans.

Reacting to the positive comments she received for her explosive performance of the song on the Wish 107.5 bus, Maymay admitted that she felt really nervous as it was her first time singing live for an audience.

"Amakabogera" was produced by ABS-CBN's Star Music. It is a follow-up to her last single, "'Di Kawalan", which Maymay released in May last year.

The hit track is among the songs she performed during her digital concert MPowered, which was streamed live exclusively on KTX.ph last November 2021.