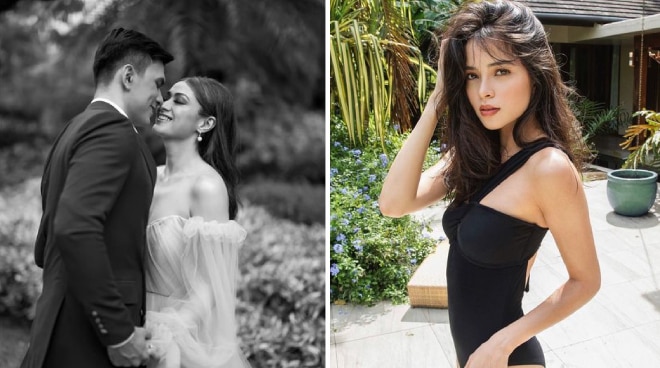 Beauty queen-actress Kelley Day has broken her silence on rumors tagging her as the third party in the alleged separation of married couple Tom Rodriguez and Carla Abellana.

Through an Instagram Stories post on Thursday (January 27), Kelley, without specifically mentioning the couple, denied having any knowledge, let alone involvement, in the rumored breakup.

"Many people are speculating about my involvement in a certain rumor/blind item story that seems to have been circulating today. So before things get too out of hand, I'd like to clarify that I have no knowledge of/involvement with the controversy," she said.

"I don't know how or why my name has become linked (I'm surprised, too). But what I do know is these accusations about me are false."

The Miss Eco International 2021 first runner-up also reacted to rumors saying she is pregnant with Tom's child, and that she flew to the United Kingdom to hide said pregnancy.

"Truth: I've traveled to the UK to attend the funeral of a family member and to spend time with my UK-based family. I'm not pregnant (nor have I ever been)," she said.

"I have never had anything close to romantic involvement/interest with the person," she continued. "I have and always will have the utmost respect for the couple. They have always treated me with kindness."

In the end, Kelley warned her followers to be more cautious of "fake news" that abound social media.

"I hope this clears up the false rumors involving me. So much fake news is out there nowadays. I hope we can take more caution with what we choose to believe online," she said.

Earlier this week, Carla and Tom, who tied the knot just last October after dating for seven years, became the subject of rumors after they appeared to have unfollowed each other on Instagram.

They have since followed each other again, but a cryptic post from Tom on January 25, titled ".float", further fanned the flames.

As of this writing, the couple has yet to address the rumors currently hounding their marriage.