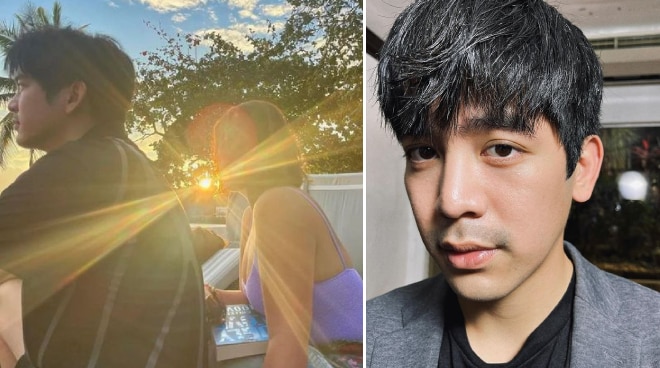 Joshua Garcia took to social media to warn his fans about a fake Facebook account pretending to be him.

The actor issued the warning after fans started sharing a photo of him and Ria Atayde posted on Facebook with the caption “Ikaw ang Aking Liwanag.”

This led fans to speculate that he was referring to Ria as his “liwanag”and that there was something going on between them.

"Hello! This is not mine! I don't have a Facebook Page! Thank you," Joshua wrote, dismissing further speculations from the public. Kyle Echarri first shared the photo on his Instagram account. It was first posted earlier this week as part of a series of photos from a recent vacation with their friends which included Kathryn Bernardo and Daniel Padilla.

Ria, who was tagged in Joshua’s Instagram story, shared the post and said: “Liwanag? Bakit? Hahaha. So funny but also, another reminder to always check your sources. Hahahaha," she said. She also added a “fake news” gif in her post.

Joshua made it clear in a previous interview that he and Ria are just friends. The two of them worked on the show “The Greatest Love” which also starred Ria’s mom, award-winning actress Sylvia Sanchez.

They are both currently part of the ABS-CBN series Viral Scandal.