‘Deception’ actor Mark Anthony Fernandez shares his thoughts on getting back together with former girlfriend and leading lady Claudine Barretto. 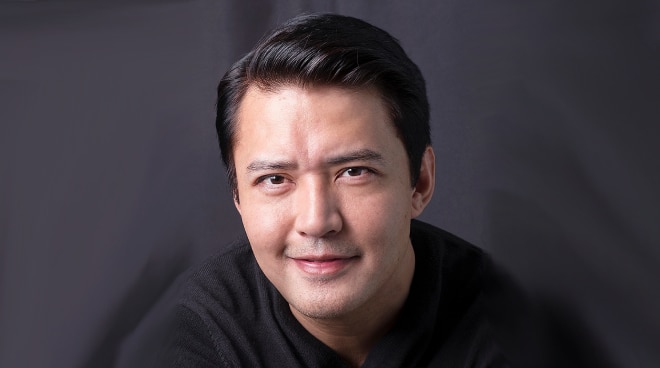 It’s been a couple of years since actor Mark Anthony Fernandez decided to return to acting after a more than decade long hiatus. The 43-year-old actor, who is currently starring in the new Vivamax thriller film Deception, believes he has only gotten better with age.

“All through the years, I feel I’m just a little older and with more input. The older the leather the better. As wine ages, the better. So parang ganun. Life is the best teacher so feeling ko through prayers, yung mga input na pumasok sa akin, kung ano yung mismong core ko nadagdagan ng input,” he shared during the Deception digital media conference.

Playing the role of Claudine Barretto’s scheming husband in the new drama thriller, Mark Anthony admitted his former teen love team partner has changed in a lot of ways since they first got paired together in the 1995 films Mangarap Ka and Pare Ko.

During the Deception media conference, the two lead stars fielded questions regarding a possible real-life relationship again since they are both currently single. Mark said he was serious about the possibility of courting his ex-girlfriend again.

During his birthday earlier this month, the Deception actor said he did not have any big celebration to welcome his 43rd year.