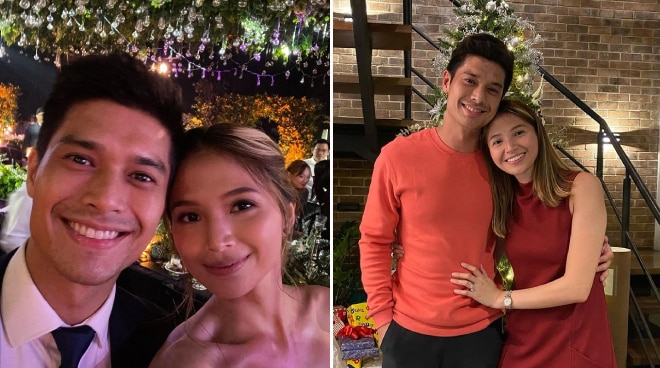 JC de Vera took to social media on Tuesday, January 25, to mark the birthday of his wife, Rikkah Cruz.

On Instagram, the actor shared his birthday message for his "dear wifey" as he posted a photo of them together.

"Happy birthday, dear wifey. Keep on going! You’ll get everything that you desire! Always dream big! We are here for you. We love you - Jc and Lana," he wrote.

JC and Rikkah first tied the knot in an under-the-radar civil ceremony in 2018, months before they welcomed their daughter Lana Athena.

However, it wasn't until March 2021 when the actor announced that he is now a married man, in an interview with his La Vida Lena co-star Erich Gonzales for her vlog.

Months later, in September, the couple married for a second time in a church wedding ceremony held in Tagaytay.

According to JC, Rikkah is a former schoolmate of his who is seven years his junior.

Asked how he knew that she is "the one", JC shared that it took a lot of effort to court his wife.