Markki Stroem to launch his underwear line this year

‘Love At The End of the World’ actor Markki Stroem talks about his 2022 plans and reveals the secret to his sexy physique. 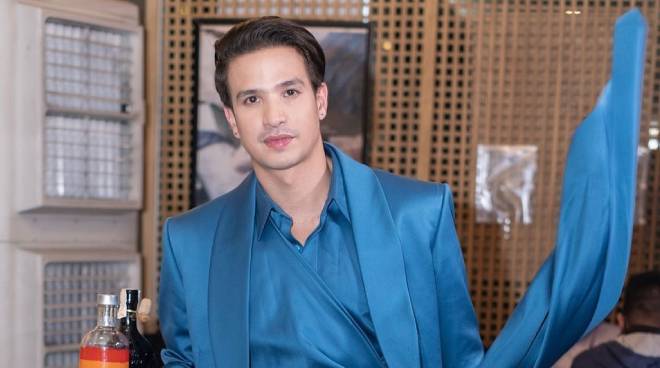 Thankful for his already busy work schedule this year, Fil-Norwegian actor Markki Stroem said he has a lot to look forward to in the first quarter of the year.

“To be honest my goals this year are to take it a day at a time. Aside from Love At The End Of the World premiering during the first two months of the year, I also have another series happening at the same time called My Delivery Gurl where I play a drag queen. I am also hosting and esports casting for the Pokemon Company and have become the main English host for Asia working with the E-Sports league Asia. This month, I am also conducting a free international hosting workshop for NAS Daily about ‘How To Be An Engaging Host,’” he told PUSH in an exclusive interview.

READ: Markki Stroem opens up about battle with anxiety, depression, and ADHD: ‘I try to expel toxicity’

Aside from acting, Markki is also showing his entrepreneurial side by launching a new business.

“I will also be launching my underwear line and will be working with an international pageant as their underwear partner. My underwear may be seen in various episodes of Love At The End of the World called MXXI (Pronounced as MAXI). That's my next two months, and hopefully more to come. As long as I keep remaining as passionate as I am now, and say my intentions to the universe, I usually get positive responses. Positivity is the key! (The good kind of course, not for the virus lol),” he shared.

After showing off his sexy physique at the Arab International Fashion Week in Dubai last October 2021, Markki shared the secret to his enviable body.

“I have an online trainer I work out with 5 days a week called Raymond Santos. Been working out with him now since the start of the pandemic and I couldn't be happier with the results. I also eat whatever I want, although, I normally reserve that for the weekends. During the week, I eat sensibly, but I also have a cheat dessert once a day so I don't tire of my diet. It helps that I was tasked to walk down the international runway of Arab Fashion Week late last year in six-inch heels and underwear. Sometimes, that is all the motivation you need,” he admitted.

In the Gagaoolala BL series Love At The End of the World, Markki stars in the episode “The Loneliest Man on Earth,” along with actor Khalid Ruiz.

“The premise of the series Love At The End Of The World involves an asteroid that is about to kill everyone on earth in seven days. Love is a wonderful thing. Once you find out you are about to die, you tend to cling on to things that comfort you. Your life tends to flash before your eyes, and you try your best to make amends with as many people as you can before the end.

“This can relate to what everyone is experiencing now, it might not be the literal end of the world but this pandemic has ended so many peoples lives because of how many families it has affected. Realize that, at the end of it all, there is only love! Hate, anger and pain take a back seat to love when the end is near,” he shared.