Jodi Sta. Maria talks about difference of ‘The Broken Marriage Vow’ from Korean series ‘The World of the Married’ 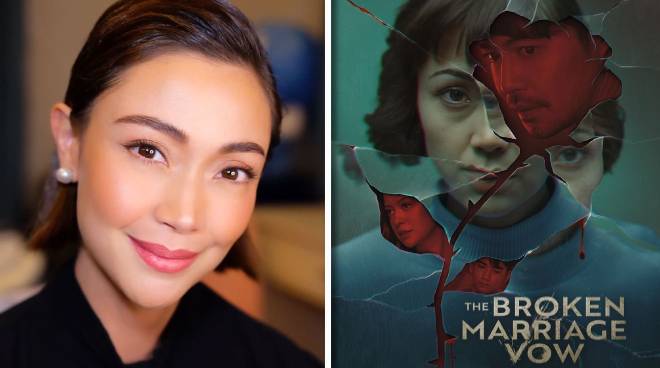 With her new series The Broken Marriage Vow directly based on the hit 2015 British series Dr. Foster which also spun off the 2020 South Korean series The World of the Married which made history as the highest rated drama in Korean cable television history, Jodi Sta. Maria said that they made sure the Philippine version would not be just a copycat series.

“The arc of the story is there eh. Parang there are directives about the characters na hindi mo na puwedeng baguhin. Siguro the challenge for us as actors is how to put an interesting twist and add another layer to the character. Kumbaga we watch these other adaptations. Yung The World of The Married pinanuod ko siya hindi dahil gagawin ko yung The Broken Marriage Vow, pero it was for a character study sa isang serye na ginawa ko.  But for this one naman I was asked to watch Dr. Foster, yung original na version.

Playing the lead role as Jill Ilustre, Jodi shared what she loved about the onscreen character.

With Zaijian Jaranilla playing the role of her teen son Gio, Jodi said that it is similar to her raising her real-life son Thirdy (with ex-husband Pampi Lacson).

Having been offered the role in The Broken Marriage Vow right after the 2020 series Ang Sa Iyo Ay Akin, Jodi said she could not be more grateful to be a kapamilya actress.

“I’m just really grateful sa mga blessings na ganyan. I’m just so grateful to ABS-CBN for always giving me the opportunity to show more and to portray different characters. And it’s always so good to be doing something that you really love,” she shared.

The ABS-CBN series is the Philippine adaptation of the hit BBC series Doctor Foster and will premiere first on the iWantTFC app (iOS and Android) and on iwanttfc.com on January 22, two days ahead of its TV broadcast. Watch it also on January 24 at 8:40 pm on Kapamilya Channel, TV5, A2Z, Kapamilya Online Live on ABS-CBN Entertainment’s YouTube channel and Facebook page, iWantTFC, and TFC.

Jodi Sta. Maria The Broken Marriage Vow The World of the Married