Ylona Garcia’s latest single ‘Entertain Me’ became the theme song of the agent reveal video of the newest playable character of ‘Valorant.’ 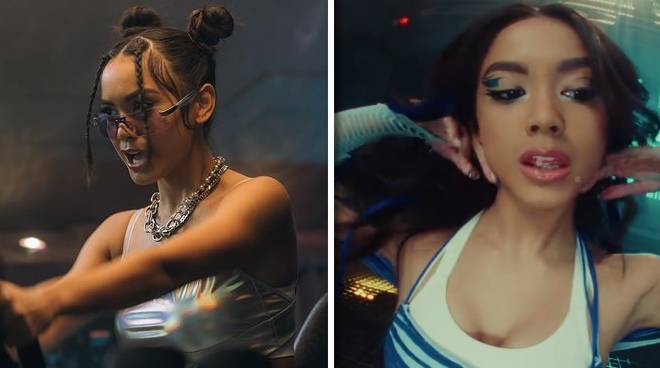 Ylona Garcia shared how her collaboration with the popular game Valorant happened.

The Filipino singer's latest single "Entertain Me" became the theme song of the reveal video of the game's newest playable character Neon.

Coincidentally, Neon happens to be a Filipino agent  "who can outpace the rest of the roster, shocking the competition, and sliding straight into the fight."

Ylona relayed that she recorded "Entertain Me" when she was still in Australia.

"During lockdown, I flew from the Philippines to Australia in June 2020 to be with my family. I think I left to go here in the US about August 2021. During my stay in Australia, I went to the studio on February 10. I created the song ‘Entertain Me’ with really cool people from Sony, they are called DNA. I think we created that song in less than two hours," she said in a report by ABS-CBN News.

The singer became part of the Head in the Clouds III festival and it was after this event that she received an offer for a collaboration with Valorant.

"After creating that song, we were planning to have that song as part of the album. Fast forward to after the Head in the Clouds III festival, 88Rising came to me with an offer from Valorant because they really liked the song ‘Entertain Me.’ The offer was basically if I would be down to have my song as the song that introduces the latest agent Neon. I was like, ‘Absolutely, let’s go,'" she stated.

According to Ylona, "Entertain Me"  is  "about being aware of the situation, knowing exactly what you want to do with it and being 100% with it, with how you feel, being confident about it and moving forward the way you want to."