Dominique Cojuangco and Michael Hearn open up about their love story. 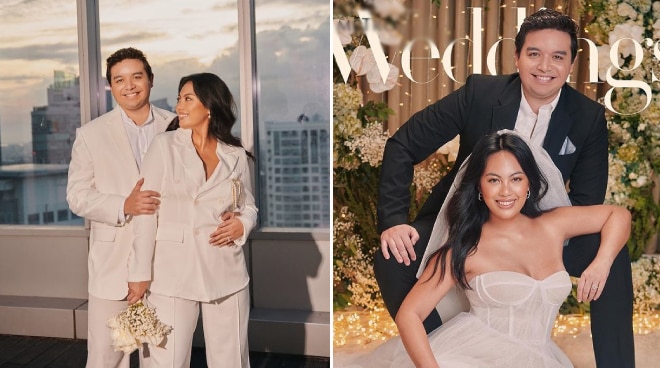 Dominique Cojuangco and her fiancé Michael Hearn posed for the digital cover of Metro Weddings.

In the magazine feature, the couple opened up about their love story.

According to Dominique, it all started in 2018.

"Michael and I met in British School Manila way back, but it was not until Michael launched Run Rabbit Run in 2018 that we saw each other in a new light. It was at that moment that we looked at each other differently and we were shocked to have the same experience," Dominique said in an interview with Metro Weddings.

Michael relayed that he proposed to Dominique on the same spot where that "spark" happened which eventually blossomed into a relationship.

“It was important to propose somewhere that had meaning to us. The room was decorated with flowers and lights, but still felt familiar. It was the exact same spot where our gazes met and caused that spark that led to us starting our relationship," he said.

"The second floor of Run Rabbit Run, next to the drinks cabinet. Unlike that night, on this special occasion, the bottles in the drinks cabinet were replaced with framed photographs of our relationship for the last three years," he added.

The couple got engaged in October.

Read the full story on Metro.Style.