Nadine Lustre marked the new year with her family. 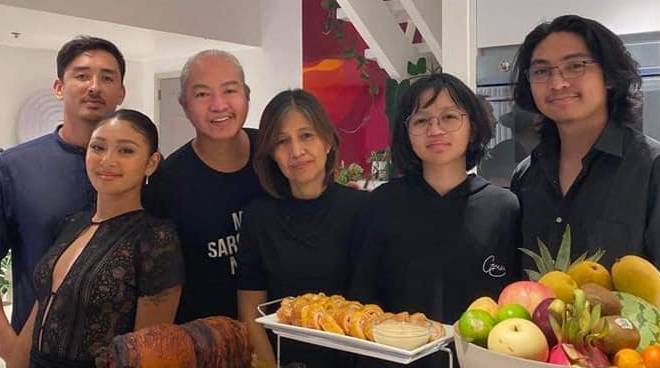 Nadine Lustre and her rumored boyfriend Christophe Bariou welcomed the new year together with the Kapamilya star’s family.

In a series of photos shared by her father Ulysses on Facebook, the 28-year-old celebrity can be seen posing alongside her rumored boyfriend, her parents, and her two siblings.

Based on the said photos, it appears they celebrated New Year’s Eve at Nadine’s pad in Makati.

This is not the first time Christophe met with Nadine’s family. Her family got to spend a lot of time with her rumored boyfriend during a visit to Siargao last year.

Lately, Nadine has been busy helping out the victims of Typhoon Odette — especially those residing on the island of Siargao where she spent most of her time in 2021.

Nadine particularly created buzz online after donating solar panels — which she helped install herself —for the people of Siargao.

Photos of Nadine’s family attending a groundbreaking ceremony of what many believe to be the house of the actress in Siargao made rounds online last year.