Actress Jessy Mendiola has had enough of netizens asking and giving her unsolicited advice on how to get pregnant. 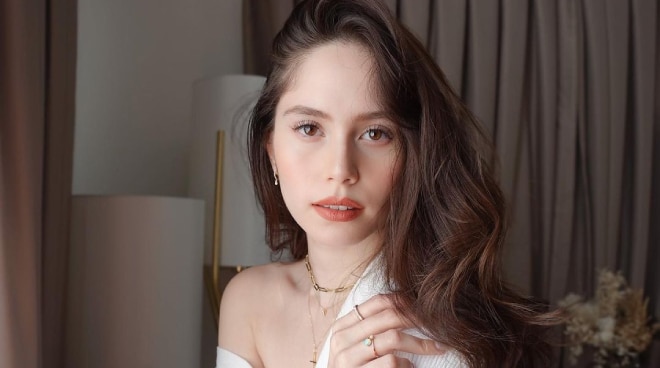 Actress Jessy Mendiola has had enough of netizens asking and giving her unsolicited advice on how to get pregnant.

"In an Instagram Stories update, Jessy told some of her followers to stop asking her questions regarding pregnancy and giving her unwanted advice, saying she finds it disrespectful."

"I really don't understand why people feel the need to ask these things. One way of showing respect when it comes to a woman's pregnancy or plans on getting pregnant is knowing your limits. Stop asking, stop giving unsolicited advice. I know my body more than anyone else and I always follow what my O.B. says," she said. "JUST MIND YOUR OWN BUSINESS," she added.

Jessy's update comes after she responded to a couple of comments saying she has no plans of getting pregnant because she keeps on working out.

The comments were left on her post on Instagram over the weekend, which showed her exercising using a pair of dumbbells.

To which, Jessy quipped, "Porket may abs, bawal mabuntis?"

Jessy, 29, is married to television host and actor Luis Manzano. They tied the knot in February last year, after dating for more than four years.

Since then, the couple has been open about wanting to start a family of their own, with Jessy admitting previously that she is now ready to become a mother.

"I am ready to get pregnant," she said in a vlog.

At the time, the actress denied that she and Luis were already expecting. However, she promised her fans that if she does get pregnant, she would not keep it a secret.