After her two sons got COVID-19, her youngest child Alana also contracted the virus. 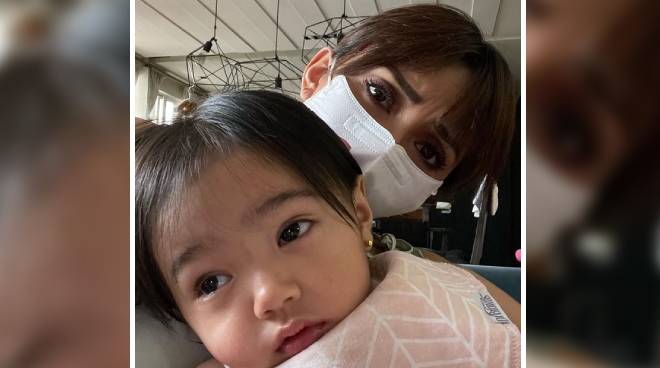 After her two sons contracted COVID-19, Iya Villania's youngest and only daughter Alana has also tested positive for COVID-19.

"And here she is 💔 my poor baby girl who’s probably having the hardest time dealing with symptoms 💔 it’s unli cuddles for this one right now," Iya shared on social media.

The television host also shared an update on sons Primo and Leon's health after contracting the virus.

"Primo had a meltdown last night too… Kuya seemed like he had it all together until I noticed he wasn’t looking okay. I cuddled up next to him and then he started to cry 💔 poor boy," she relayed.

She continued, "Leon on the other hand, by night, he was fine! 😅 like nothing happened 😳 Not sure if that’s really it for him but so far since last night, he hasn’t had a fever and his demeanor is back to what it was before he got sick!"

Iya shared that both Primo and Alana received medication for their fever.

"Had to give both Primo and Alana Calpol last night. Primo slept fine and woke up nalang to take another dose when he started to get warm again. So far his symptoms have been sneezing (which was only yesterday morning) and fever. Alana, on the other hand, has been warm and uneasy since last night and wants nothing but cuddles," she stated.

Iya listed down the symptoms that her kids experienced throughout the health ordeal.

"Symptoms the kids have been experiencing so far: sneezing (Primo), vomiting (Leon and Primo - I found this happened during intake of meds), and fever (all 3 kids)," she shared.

Iya and her husband Drew Arellano first tested for COVID-19. Initially, they isolated themselves from their kids with the hopes of sparing them from the virus. Now that they are on their road to recovery, the celebrity couple have finally joined their kids to help them heal.

"Borders have now opened and everyone’s reunited 😅 so now we can all help each other as the kids heal and recover. Drew and I aren’t going anywhere anyway so we can keep on counting days with the kids until everyone is well again," Iya said.