Months after admitting that someone is making her happy, is actress Maymay Entrata slowly opening up about her love life? Months after admitting that someone is making her happy, is actress Maymay Entrata slowly opening up about her love life?

The "Amakabogera" singer recently left her fans speculating after she shared a photo of a bouquet she received from a special someone.

Though she did not say who the flowers were from, Maymay referred to the mystery sender as "love." "Thank you, love," she wrote in her Instagram Stories post on Monday, January 10. 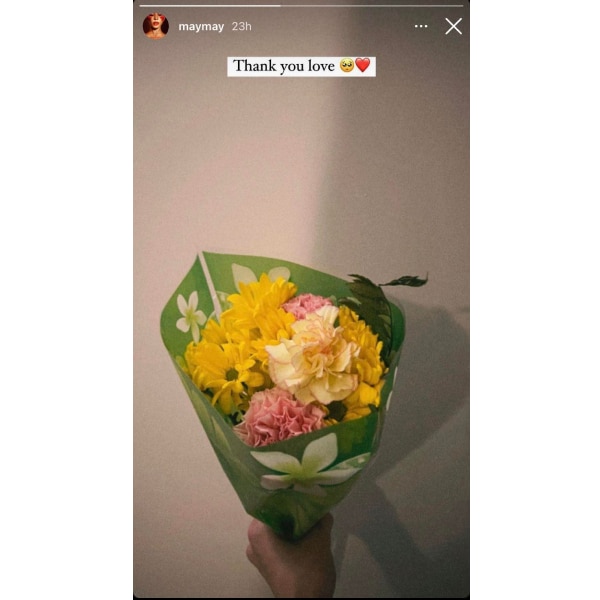 It was back in April 2021 when Maymay, 24, first opened up about the current state of her heart in an interview with fashion magazine Mega.

She made a similar admission in July 2021, when she addressed rumors romantically linking her to her onscreen partner Edward Barber, as well as actor Donny Pangilinan, on the talk show "Hotspot."

The actress went on to clarify that the person who is now making her happy isn't from the industry.