A series of never-before-seen photos of Kathryn Bernardo, taken on the set of the hit TV series ‘Mara Clara’, has been released online. 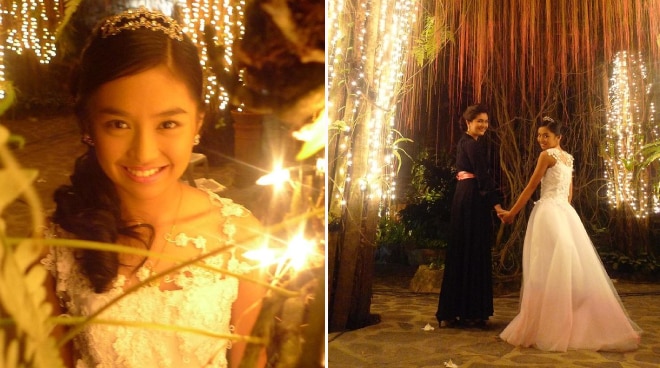 A series of never-before-seen photos of Kathryn Bernardo, taken on the set of the hit TV series Mara Clara, has been released online.

The pictures were shared by Dimples Romana on Instagram Tuesday, January 11, showing a much younger Kathryn getting all dolled up for what the former described as a pivotal scene in the series.

"Going through my old photos from projects I’ve done years ago, and thought I’d share these unseen photos of us and my baby @bernardokath during one of the biggest scenes we’ve shot for Mara Clara (Remake)," Dimples wrote in her post.

"Kath would’ve been maybe 15 or 16? So dreamy and always so beautiful."

In her post, Dimples also penned a message expressing how proud she is of Kathryn, who has since become a superstar of her generation.

"Proud of you always babe! So happy seeing you soar so high and yet still have the same sweet, humble and grounded vibe from when we were all just babies. Haha. Love you!" she said.

Kathryn and Dimples formed a close bond when they worked together on Mara Clara, which also starred Julia Montes.

The show aired on ABS-CBN in 2010. It is a remake of the 1992 classic soap opera of the same title topbilled by Judy Ann Santos and Gladys Reyes.