'Future Miss Universe': Kendra Kramer is all grown up in new snaps

Time flies! Kendra Kramer, the eldest child of celebrity pair Doug Kramer and Chesca Garcia-Kramer, is all grown up. 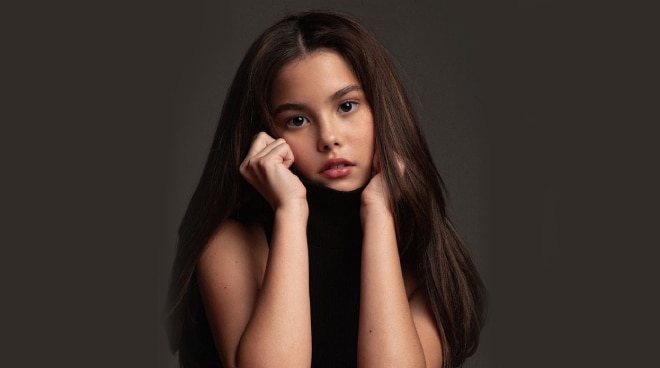 Time flies! Kendra Kramer, the eldest child of celebrity pair Doug Kramer and Chesca Garcia-Kramer, is all grown up.

Several netizens were surprised after stunning photos of Kendra from a recent pictorial were released online. One snap, uploaded by her father on Instagram, shows the 12-year-old clad in a black turtleneck while sporting long hair.

"No one in this world can love you more than me. I love you @kramer.kendra," the PBA star wrote in the caption of his post, which has since gone viral.

Another photo shows Kendra gorgeously posing for the camera while buried in faux ostrich feathers. "Did someone say pose?" she captioned the snap.

In the comments section, fans of the popular Team Kramer family dubbed Kendra as "Little Catriona Gray", as they noted her supposed resemblance to the beauty queen.

Others, meanwhile, declared that she will one day bring home the coveted Miss Universe crown, calling her a "Future Miss Universe."

In his birthday message for Kendra, Doug expressed his delight that his eldest daughter is growing up to be "incredible" just like her mother, who is a model and actress.

“Your beauty is secondary to your pure heart. A responsible and hard working girl that loves to please her parents,” he added.

Aside from Kendra, Doug and Chesca have two other children—Scarlett Kramer, who celebrated her 10th birthday in November, and Gavin Kramer, who will be turning 9 this January.