‘Hoy Love You’ stars Aljon Mendoza and Karina Bautista look back on the days when they experienced puppy love before joining showbiz. 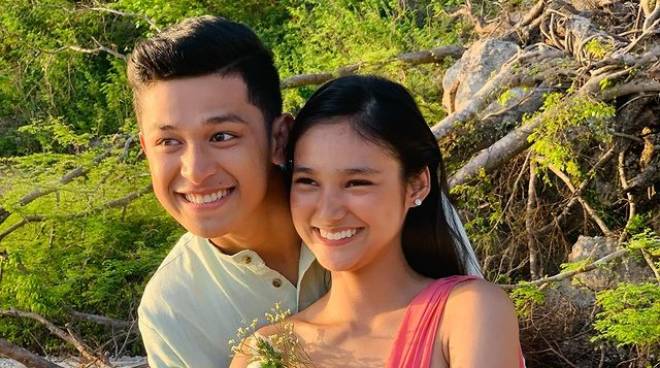 As two of the most promising young stars in showbiz, the love team known as “KarJon” have one of the busiest schedules in the industry right now, not just as host to the online reality show Bida Star but also as part of the iWantTFC digital series Hoy Love You which starts its second season on September 11. During the recent mediacon for Hoy Love You, the two stars shared the first time they ever said I love you to someone who was not a family member.

READ: KarJon denies competing with other love teams: ‘We want to be different’

Karina revealed her first time was when she was still in high school. “Siguro puppy love high school but it’s not ngayon na I’m past 18 and I think mas mature na ako ngayon. I look back at it and nakakatawa na lang siya. I don’t think it was super romantic. Parang na-blurt out lang because of the spur-of-the-moment (laughs),” she revealed.

Looking back on his own experience, Aljon said he was quick to say it because it was not a very serious thing for him during that time in his life. “Ako siguro nung mga high school ako tapos may mga crush crush lang, ganyan. Mga dati madali lang sabihin I love you, ganyan kaya natatawag na puppy love. Hindi siya deep kasi kumbaga crush, crush lang. So yung time na yun nakakasabi ako ng I love you aside sa parents ko and friends ko,” he recalled.