Kim Chiu took to social media to greet Gregg Homan, the boyfriend of her good friend Angelica Panganiban, on his birthday. 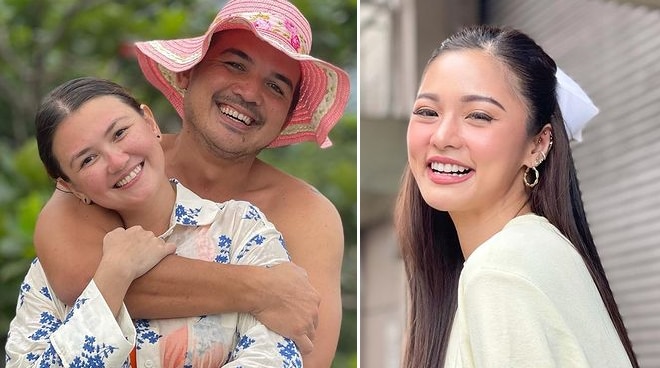 Kim Chiu took to social media to greet Gregg Homan, the boyfriend of her good friend Angelica Panganiban, on his birthday.

Through an Instagram Stories update, the It's Showtime host thanked Gregg for making Angelica happy and for being "mega nice" towards her and their other friend Bela Padilla.

"Happy birthday [Greg]! Thanks for making our momsie happy! And of course for being so mega nice!" she added. Kim and Bela have been good friends with Angelica since 2017.

The three, who call their group "AngBeKi", became close after Kim and Bela "gatecrashed" a birthday party where Angelica was also invited.

READ: ‘We might be building our home together’: Angelica Panganiban shares glimpse of relationship with non-showbiz boyfriend

Meanwhile, Angelica also shared her short but sweet birthday message for her boyfriend on her Instagram page.

It was in early January when Angelica, 34, confirmed her relationship with Gregg, who is a businessman from Subic.

Last July, the two celebrated their first anniversary as a couple.