Read ABS-CBN’s statement on the passing of Lyan Suiza of ‘FPJ’s Ang Probinsyano.’ 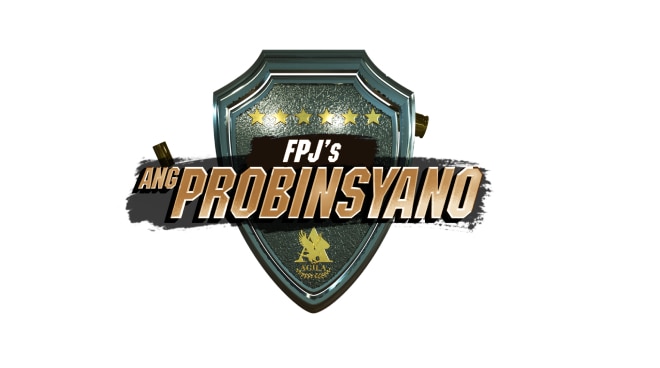 ABS-CBN extended its condolences to the family of Lyan Leonardo Suiza, a production assistant of FPJ's Ang Probinsyano, after his passing on Saturday, September 4.

According to a press statement released by ABS-CBN, Lyan went into cardiac arrest on Saturday at 10:40 a.m. while on their taping break in Ilocos.

According to the statement, he was declared dead on arrival when he was rushed to Gabriela Silang General Hospital.

"ABS-CBN extends its deepest sympathies to the family of Lyan, our dearest Kapamilya," the statement added.

Read the full statement of ABS-CBN about Lyan's passing below: 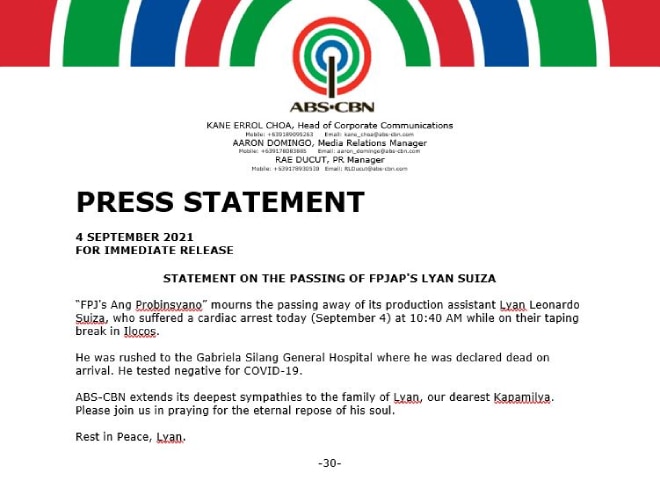