Talk show host and vlogger Boy Abunda reveals he was in talks with people from various networks. 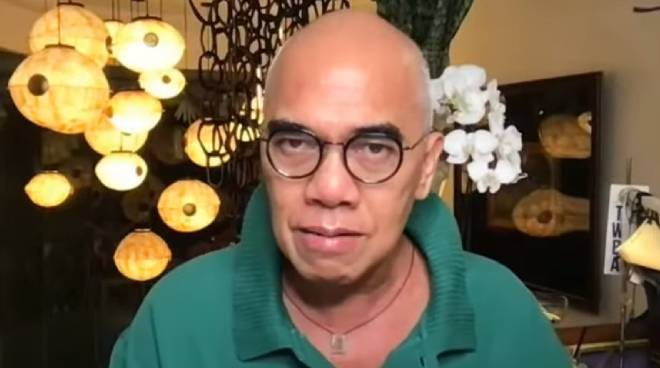 Amidst the news of Kim Atienza’s network transfer, rumors of talk show host Boy Abunda also moving to a new station this year also spread online. This was immediately denied by The Best Talk host in an interview wth ABS-CBN News last September 29.

“Maybe because Kim is moving and there is a teaser about somebody moving to 7, it may have something to do with it, parang ganun. So as we talk now, No is the answer. Nahiya lang ako kasi. At saka another reason is, people must not forget, pero ang mga bagets baka hindi ito alam, I started in channel 7. I spent my first 10 years, 11 years in channel 7. And then I moved to ABS-CBN. Ito yung maaaring dahilan kung bakit napapag-usapan ako.

Boy Abunda confirms he had past dicussions with other networks, including GMA-7.

"Pero nothing happened, nothing came out of it, because it is too early in the game. Ang sinasabi ko, naghihintay ako hangga't magkaroon ng prangkisa ang ABS-CBN," he says. @ABSCBNNews pic.twitter.com/zsgFQ2FPE0

During his interview with Miguel Dumaual, Tito Boy did not deny that he had already been in talks with various networks in the past but he did not commit to any transfer. As of now, the veteran host said he is hopeful that ABS-CBN will regain its franchise about being shut down last year.

When asked during the interview if he was bothered by the reaction online to his rumored transfer, Tito Boy analyzed the various reactions from netizens.

JUST IN: Boy Abunda denies he is set to switch networks, contrary to rumors.

He confirms past talks with other chanels — "But I'm still waiting for ABS-CBN to have free TV."

With a career that has spanned over 27 years, Tito Boy’s work has been seen in television, film, and in print, having already written three books for ABS-CBN Publishing. This year, he went digital with the launch of his own YouTube channel and a program on Kumu called The Best Talk.