Celebrity and social media star Jinkee Pacquiao had a fan girl moment when she met the Academy award-winning actor in Las Vegas, Nevada. 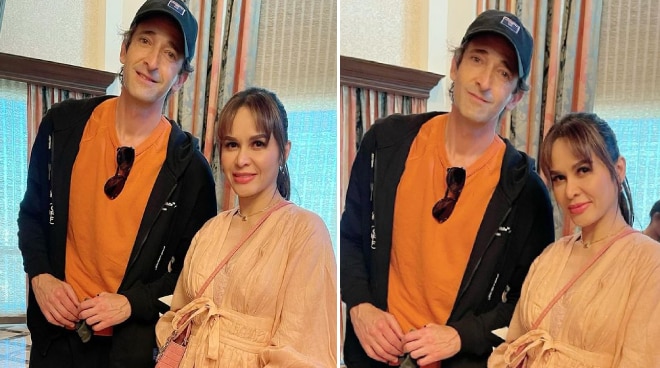 On Instagram, Jinkee surprised her fans and followers when she posted photos of her meeting Adrien, who is best known for the 2002 movie The Pianist.

Based on the outfit she was wearing in the photos, Jinkee met Adrien in Las Vegas late last month, when she watched her husband, boxing champ Manny Pacquiao, fight Cuban boxer Yordenis Ugas.

Adrien rose to fame for playing the role of Wladyslaw Szpilman in Roman Polanski's ", for which he made history as the youngest actor to win Best Actor at the prestigious Academy Awards.

Aside from The Pianist, the actor is also known for starring in the hit 2014 mini-series Houdini. He has also appeared in the period drama Peaky Blinders, as well as films King Kong, The Grand Budapest Hotel, Midnight in Paris, and Cadillac Records.

This is not the first time that Jinkee, 42, met a famous actor.

In 2015, the social media star also became the envy of many when she met Hollywood superstar Keanu Reeves, after the latter paid her and Manny a visit at their Beverly Hills Mansion in California.

Aside from Keanu and Adrien, Jinkee has also met South Korean actor Ji Chang Wook, whom she is admittedly a huge fan of. They first met in June 2018, then in October 2019, when she, together with Manny and their kids, visited the set of Melting Me Softly in Korea.