Sunshine Garcia and Alex Castro to have another baby boy

According to Sunshine Garcia, the gender reveal party for their second child was held right after they celebrated her husband Alex Castro’s 35th birthday. 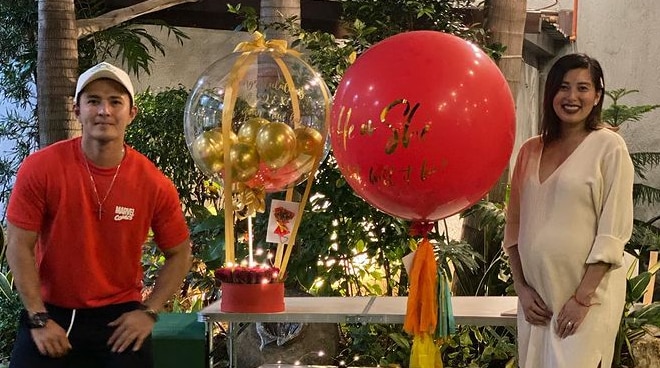 The actress made the announcement as she shared photos and clips from their gender reveal party on Instagram on Tuesday, September 28.

According to Sunshine, the gender reveal party for their second child was held right after they celebrated Alex's 35th birthday.

Fellow actress Kaye Abad and radio host DJ Chacha were among those who congratulated the couple following their announcement.

"Grabeee. Hahahaha, lalake na naman mars! Congrats," added DJ Chacha, who has two kids, one of which she shares with her husband Mike Guevara.

It was in July when Sunshine and Alex announced that they are expecting their second child.

Sunshine and Alex welcomed Axel, their first child, in September 2018.

Six months later, in March 2019, they tied the knot in a wedding ceremony held at the Manila Cathedral.

Meanwhile, as her husband turned 35 on Monday, September 27, Sunshine took to social media to write him a simple but sweet birthday message.