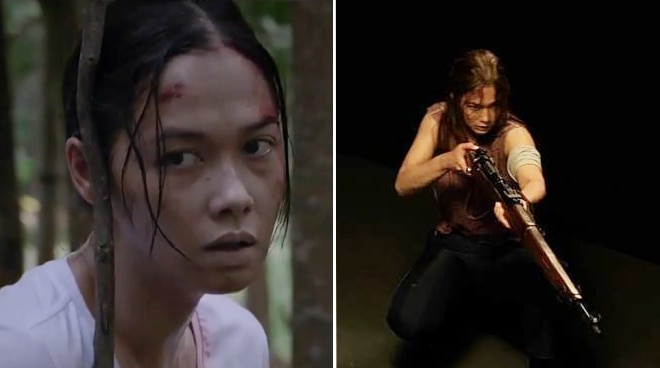 This was announced on Tuesday, September 28, by director Mikhail Red, as he released the official trailer for his latest film.

As seen in the trailer, Maja plays a policewoman who tries to escape and survives on her own while being pursued by a group of fellow police officers, led by Mon Confiado.

Here it is! The trailer for Arisaka! World premiere Main Competition at the Tokyo International Film Festival and coming soon for the rest of the world @tiff_site @dprincessmaja https://t.co/6lJ9dd3KjA

In an interview with Esquire Magazine, Mikhail said that Arisaka centers on revenge as its main theme.

"It’s about a woman who must retrace the forgotten trail of the Bataan Death March in order to escape her captors," he said. "Arisaka is a film about survival, transformation, and ultimately, revenge."

According to the critically acclaimed director, Arisaka is the name of the rifle used by Japanese soldiers during World War II and in the Bataan Death March.

He also explained why he chose Maja to play the leading role in his latest film.

“She's a pro. Considering the varied range of TV and movie work that she had gone through, I am confident she has the experience and technical prowess to make the most out of her difficult role in Arisaka,” he said.

In 2011, Maja won best actress at the prestigious Gawad Urian and Film Academy of the Philippines for the movie Thelma.

Arisaka was filmed last year, amid the COVID-19 pandemic.

"The shoot was indeed challenging because we all had to adjust to the new protocols to ensure safety of all the cast and crew," Mikhail told Variety. "We also had to film with limited working hours while quarantined [at] remote locations."

The team also had to make it through a number of typhoons while filming, according to the 27-year-old director.

"The conditions paralleled the very theme of this film – survival and redemption. Even with the struggles and delays we thankfully finished on schedule without any major mishaps, and after several tests, we all exited our quarantine bubble without a single COVID positive result," he said.

"This year, many around the world faced their own struggles and uncertainty. It almost feels like a miracle to finish a film in 2020 and it is a privilege to get to tell stories in times like these," Mikhail added. "I hope our film’s message of finding our shared humanity while uniting to overcome adversity and oppression resonates well. I hope our hard work finds its audience."

Ten17P, whose credits include Lav Diaz’s A Lullaby To The Sorrowful Mystery and Paul Soriano’s Mananita, produced Arisaka. The film marks Maja's first project with the director, who is best known for his critically acclaimed films Eerie and Birdshot.

Meanwhile, aside from Arisaka, the Filipino film Resbak (Payback, as its international title) has also been selected as a competing entry at the TIFF.

“Chased by police, bike thief Isaac asks his boss for help but gets the cold shoulder. He then plans vengeance against the boss... Payback depicts a man caught in a slum's crime ring," read the offical synopsis for the film, which stars Vince Rillon, Nash Aguas, and Jay Manalo.