On Instagram, former actress-singer Nikki Gil expressed gratitude for the ‘beautiful Zoom baby shower’ her friends hosted for her over the weekend. 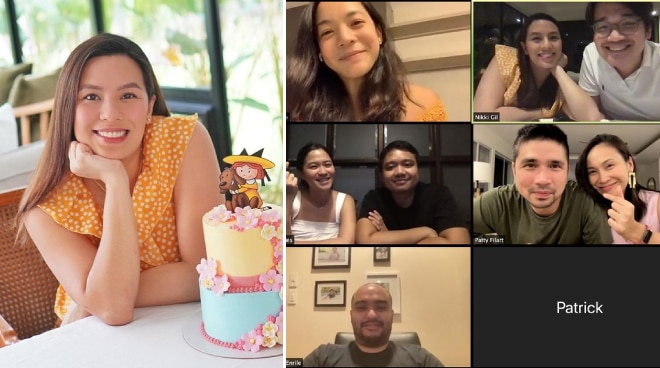 Nikki Gil took to social media to thank her close friends for throwing her a virtual baby shower over the weekend.

In an Instagram post, the former actress and singer expressed gratitude for the "beautiful Zoom baby shower" her girl friends hosted for her and her husband, BJ Albert, to celebrate the upcoming arrival of their daughter.

"Thank you for insisting on celebrating baby girl even if the pandemic just makes me want to stay sulky, angry and paranoid (thank God I’m fully vaxxed though! I could be worse lol). Just realized that this is what kept us all sane during this season—good food and each other. Love you guys! BB2, we’re ready for you!" she said.

Nikki, 33, announced that she is pregnant with her second child last April.

The former actress and MYX VJ gave birth to her first child, Finn, in 2017.

She and her husband BJ, a businessman, have been married for more than six years now. The couple first met as schoolmates at the Ateneo de Manila University and tied the knot in a garden ceremony in 2015 at the Sta. Elena Golf and Country Club in Laguna.